One of the questions we are asked quite frequently is what are the pros and cons of paid ads versus PSAs and if we use paid ads, how will it affect our PSA program?

First, from an effectiveness viewpoint, no media savvy person could argue for PSAs if they had the resources to execute a paid campaign. Paid advertising allows the sponsor to control all aspects of the media buy, right down to the times when their primary audience is exposed to the message, as well as the fact that the rech, frequency of the buy, and all other parameters are controlled.

There was a time when trying to purchase paid airtime/space and run a PSA campaign at the same time in any medium and for any length of time would have been the kiss of death for the PSA component. However, that is no longer the case. 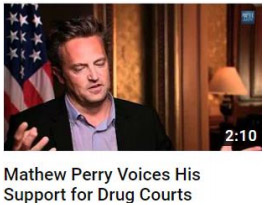 Hybrid Approaches
Looking at the overall PSA landscape, “pure” PSAs are getting more rare with hybrid approaches being used. For example, the ONDCP (Office of National Drug Control Policy) purchases paid ads, and asks the media to give matching PSA placements for each paid ad.

There is something called the Non-Commercial Sustaining Agreement, which involves airing what are essentially “PSA’s,” but money is paid to the state broadcast association. The advantage to this arrangement is better placement than what one would get via conventional PSAs. Most of the military services employ both paid and PSAs, at no detriment to their PSA program, and we know that since we have worked with them all. 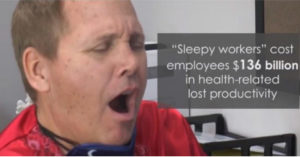 And there are arrangements such as corporate sponsorships, which can blur the line on paid-vs-PSAs as well. Some of these models involve a paid sponsor which buys the airtime for the non-profit, and sometimes they are identified in the PSA message, and sometimes not. For example, we handled a national TV PSA campaign for the National Sleep Council that was paid for by a pharmaceutical company that manufactures the leading sleep aid. However, they were not shown in the PSA in any way, knowing that they would get some bump in their sleep aid pills.

Another model is for the non-profit to purchase paid airtime with the understanding that they will get a certain number of free messages as part of their media buy. Some media outlets which don’t want to jeopardize their chances at getting income, have been willing to overlook this apparent conflict, and will give you 2, 3, or perhaps four PSAs for every paid spot.

Conversely, if you are buying time, some networks and non-profits you may want to work with will not give you PSA airtime. For example, to work with the Outdoor Advertising Association of America, the non-profit has to certify that they have not, or are not, buying media.

Exercise Caution
Largely it is a matter of how much nuance is exercised in the media buy. Paying for a very limited time, or on a selected basis, is preferable to a very aggressive, in your face national campaign. For example, one of our clients bought TV time in the Washington, DC market, but distributed the same spots as PSAs in all other markets. To avoid conflict between the two, we blocked Washington, DC from our PSA distribution plan.

In the final analysis, any non-profit considering a paid campaign has to examine the cost and whether they have the resources to buy media for the longer term, which is necessary to be successful. Buying a few spots here and there one time will probably do more damage than good, because it will probably not achieve the marketing goals, and will almost certainly poison the well for PSAs.

Also, you have to look at the situation on a case by case basis. As a general rule, buying media time in one medium, will not affect PSA support in another medium. Unless the paid spots or print ads are clearly labeled as such, it is difficult for anyone to determine whether they are paid or PSAs. On the other hand, local media sales representative have a history of sharing information on who is spending money in their market, so it may be difficult to keep your paid placements a secret.

The Ultimate Conflict
The problem that can occur is that one or two stations in the market could be your biggest PSA supporters, but perhaps they are not the market leader in terms of audience. So, if you buy time on the market leader, and the PSA station supporters do not get part of the media buy, what chance do you think you will have in getting future PSAs on that station? Zero is a good answer.

The bottom line is if you are going to do a paid campaign, you should be committed to it for the long haul, because it is most likely going to adversely impact your PSA program. And before making that commitment, you should thoroughly investigate the cost of paid advertising, because it is going to probably be much more expensive that what you thought. If you and your corporate sponsors do not have deep pockets, we would counsel you not to make any meaningful media buys unless you can afford it for the long term.