Where does public service end and corporate promotion begin?  – by Julie Liesse That’s the question being asked as major U.S. advertisers pursue more visible, and more commercial, cause-marketing campaigns, a tactic that can backfire on both the marketers and the non-profit groups clamoring for their support.

When word leaked out about Quaker Oats Co.’s plan to underwrite a series of public service announcements with the American Medical Association, some broadcasters said they wouldn’t run the TV spots. 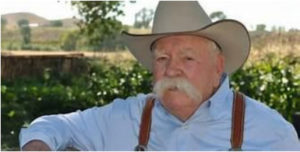 The commercials not only featured actor , the wellknown spokesman for Quaker, but were tied to the company’s paid media plan for its oatmeal products. Public service-type messages from major advertisers are becoming commonplace.

For example, McDonald’s Corp. produced A 30-minute public service TV special, a “Stay in School” in association with the National Basketball Association, NBC, Turner Network Television and Nickelodeon. Although it ran in donated network TV time, the special was bracketed by spots for the not-for-profit Ronald McDonald Children’s Charities, as was a free video of an anti-drug, special.

Burger King Corp. and Nike dedicated their commercial time on Channel One, an inschool satellite TV network, to public service messages about staying in school. The companies are identified in the spots.

Most observers say a confluence of interests marketers searching for effective nontraditional marketing tools and non-profit organizations eager for visibility and funding — is pushing cause marketing into gray areas ethically.

“The lines are being blurred by for-profit organizations who are trying to profit from nonprofits, wrapping themselves in the cloak of ‘public service’ for corporate benefit,” said Don Schultz, professor at Northwestern University’s Medill School of Journalism

Although no one keeps statistics on the dollars invested or the number of causemarketing programs, advertisers agree they’re being approached more frequently.

“There are certainly many more opportunities for us”‘ said Robert Lauer, VP-corporate affairs for Sara Lee Corp. and an Advertising Council board member. “The biggest reason is the cutback in government funding during the Reagan administration.”

“Non-profit organizations are inundating marketing services managers with opportunities,” said Peter Murray, president of Cause Marketing International, a consultancy. “And promotion consulting companies are jumping at the chance to hook up a client and a charity.” But as non-profit organizations move away from news releases and PASs, “a whole new world is opening up and creating dicey areas of ethics,” he said.

Mr. Murray said he conducted an informal survey of 30 marketing services managers for companies with large cause-marketing initiatives When asked to rank eight objectives of their programs, “what came out on top were ‘leverage with the trade,’ and ‘driving coupon redemption and efficiency,’ “he said.

“Marketers are asking for — and getting — more equal billing these days,” he said. ‘They’re getting more obvious about what they’re doing”

Drawing the Line
But when does a cause-marketing program become ethically suspect-and does it matter to consumers? “It’s very hard to say, across the board, where you draw the line,” said Phil Schuman, VP-associate creative director at Burson-Marsteller, New York, who’s studied cause-marketing for 10 years. “But a cause-marketing effort needs to be appropriate and tasteful — and viewed as legitimate — or run the risk of backfiring. The public will reject any form of disguised commercial.”

“If there’s an overt gesture on the part of a sponsoring organization to profit in a real, bottom-line sense, there may be some negative backlash-not dissimilar to the consumer response to negative political advertising,” said Dan Langdon, senior VP at the Ad Council, the arm of the ad industry that creates and places free public service campaigns.

For McDonald’s TV specials, for instance, “is there self-interest on the part of McDonald’s?

Let’s be honest, it does not hurt to be viewed as a good corporate citizen,” Mr. Langdon said. “If you looked at without the ‘McDonald’ attached, sure, it’s legitimate public service advertising. But does the company accrue benefit from this program? Sure.”

”It’s not our intention to advertise McDonald’s,” said Ken Barun, VP-executive director of Ronald McDonald Children’s Charities. ” We’re not trying to sneak in commercials for McDonald’s.

“My job … is to make sure we fund good projects that help as many kids as possible achieve their potential. After that, if what we do also is a good message about McDonald’s, that’s great. But that’s not our purpose.

Smart Consumers
Philip Morris Cos. came under fire for funding the National Archives’ celebration of the Bill of Rights bicentennial. Critics said the campaign was an attempt to subvert the ban on broadcast cigarette advertising. “I’m one of those people who believe consumers are smart individuals, and anyone who thinks consumers are easily confused is stupid,” said Guy Smith, Philip Morris’ VP- corporate affairs. “Consumers know what is an ad and what is a PSA. If you try to snooker people, they’ll find you out.” 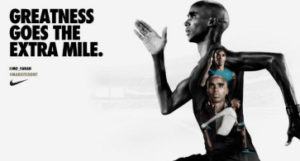 Many corporations also find when they have a cause to push, free media is not the answer. Nike pledged $5 million of its $60 million ad budget to a pro-education campaign via Wieden & Kennedy, Portland, Ore., that’s tied to its athletic shoe lines. The company broke three public service oriented spots and will break a fourth, featuring basketball star Michael Jordan and director Spike Lee (in the character of Mars Blackmon).

The effort, featuring the blunt tagline “Don’t be stupid, stay in school,” does function as a corporate image campaign, said Liz Dolan, Nike’s director of public relations. But the bottom line, she said, is “you just do it because you feel in your heart that it’s the correct thing to do.” Nike considered distributing the spots as PSAs, but “we decided against it because you could never get enough airplay in the right places to have an impact,” she said. 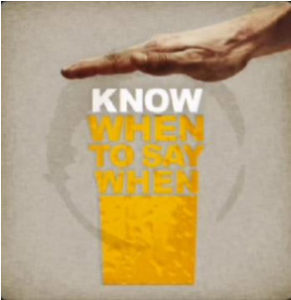 Similarly, Anheuser-Busch last year doubled the budget for its “Know when to say when” campaign from D’Arcy Masisus Benton & Bowles, St. Louis, and DDB Needham Worldwide, Chicago, to $30 million compared with a year earlier. ” We feel we have a role to play in the responsible use of our product,” said Steve Burrows, VP-consumer awareness and education. “Our point of view is that awareness building combined with local educational programs can serve just as well” as legislation.

He said A-B has encouraged local radio and TV stations to also run the spots as PSAs, and several have. The growth in paid public service efforts may eliminate opportunities for some organizations, the Ad Council’s Mr. Langdon said. ” Broadcasters have a finite amount of time. You may have a perfectly sound and legitimate group with an important message — maybe more important than the paid-for message — but their access will be limited by the sheer fact that all this paid advertising is on the air,” he said.

“Intellectually, it’s a problem,” Mr. Murray said. “There are worthy organizations that don’t have access to the Nikes and Quakers of this world that will get their spots bumped off the air.” Stu Upson, co-chairman- ceo of Saatchi & Saatchi Advertising Worldwide, New York, and former chairman of the Ad Council, disagreed. ” A paid ad’s a paid ad,” he said. “A station won’t look at a PSA differently because he’s got paid ads on the same subject.”

The boom in cause marketing also may backfire through consumer overload. “Whether there will be long-term fallout because of overexposure is a question that people are beginning to ask, ” Mr. Murray said. “There’s a growing concern that all this will lead to consumer apathy to charitable organizations in general.” But he and most observers say they believe consumers can distinguish between what’s ethical and what’s not. “I think it’s easy to underestimate the intelligence of the American consumer,” Sara Lee’s Mr. Lauer said. ‘But in reality, if it’s unethical, they won’t let you get away with it.”