Home/Paid vs PSA/Paid Vs. Donated Media Strategies for PSA Campaigns Review
Previous Next

The communication literature reveals a dearth of information on the benefits of using donated media strategies (PSAs) compared to paid strategies (advertising). Only one empirical study has been published, which is Murry, Stam, and Lastovicka’s article “Paid- Versus Donated-Media Strategies for Public Service Announcement Campaigns,” found in Public Opinion Quarterly (1996, Vol. 60, p.1-29).

Murry et al. note that PSAs have been debated for over four decades. Some of the problems of PSA programs are that they rarely able to emulate more expensive practices used by consumer-products advertising campaigns. One reason is because PSAs must rely on donated media rather than paid media schedules.

The authors state that some government marketers and charitable organizations, such as the Red Cross, have examined the financial feasibility of using paid-media schedules in fundraising. The findings are critical because organizations may face an irreversible decision, because once the media views them as “paid advertisers” it is possible the media will no longer provide them with free time.

Murry et al. cite another challenge to PSA success: the decreased availability of donated media support. The media uses PSAs in time or space unsold to paid advertisers. Therefore, PSA usage may fluctuate with the health of the economy. A second factor influencing the amount of donated media is the large number of competing “good causes.” As the media rallies around certain causes such as AIDS or drug abuse, exposure to other causes may become more limited.

Paid Media Issues
Paid media PSA campaigns have been blinded several ways, writes Murry et al. Many government agencies at the federal and state level have no budgets for mass media expenses. In other communities, taxes may be levied to “demarket” products with health risks, such as cigarette excise taxes. Third, corporations often provide support for or launch their own PSA campaigns.

The authors recommend that public service planners measure the financial costs and benefits, before deciding to use paid-media campaign strategies. It is difficult to place a value on human suffering. 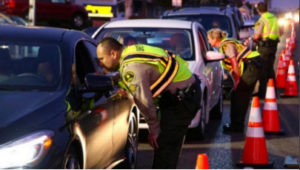 Nonetheless, one can measure the economic costs of a single traffic fatality, for example, which is just over $2.6 million (including medical costs, property damages, legal costs, etc.). Similar calculations can cost out health outcomes including AIDS, smoking, or drug abuse. “Due to the high costs of some anti-social behaviors, campaigns need change only a small portion of behaviors in order to be cost-effective.”

Murry et al. designed a study to evaluate the effectiveness of donated-media PSAs versus paid-media PSAs on the behavior of drinking and driving.

Monitoring began one year ahead of time to track any environmental changes such as citizen action, law enforcement, and alcohol rehabilitation programs, which might change the baseline attitudes and behaviors of the community.

In the paid site, $90,000 was spent on media time in TV, radio, newspaper, outdoor and movie theater trailers. Two thirds were spent on television, whereby spots were aired 183 times to the targeted audience. This level of advertising was designed to be comparable to many new-product advertising campaigns. In the donated site, the same materials were distributed as PSAs.

The self-reported estimates were collected through random digit dialing telephone surveys of 18-24-year-old males. The accident data were analyzed for 57 months, including the 38 months before the intervention, during the 6-month campaign, and 13 months following the campaigns. For more details about the methodology, see Murry et all, 1996.

Statistical tests were run to verify that the decline in accidents were not normal trends. For both sites, they found the decrease still to be reasonably strong. They did find that the paid- and donated-media campaigns were equally effective at reducing accidents in the primary target audience. They also found that the campaign’s effect was delayed and temporary. Within two months after the campaign completion, accident numbers returned to the baseline levels. According to the authors, this pattern is consistent with advertising theory.

Both Tactics Work
Murry et al. argued that the research shows both paid-media and free-media PSA campaigns can positively influence important social behaviors. The next step was to compare the two methods in terms of costs-to-benefits.

The researchers costed out the planning and evaluation research, message production, and paid-advertising costs for each campaign and compared it to the accident data. They found that the free-media campaign, over an 8-month period, benefited $13.52 per dollar spent on the campaign. (Actual campaign cost $221,000 and economic value of 16.5 fewer accidents, as a result, measured at $2,988,952 in economic benefit).

They found that the paid-media campaign benefited at $8.97 per dollar spent. (Actual campaign cost $311,000 and economic value of 15.4 fewer accidents, as a result, measured at $2,789,679 in economic benefit). The authors claim these are conservative cost-benefit analyses, because they only measured decreases in incapacitating accidents, and not less serious accidents which occur more frequently.

Thus, the authors state this question is better asked by larger government programs measuring expensive health outcomes, or organizations such as insurance companies who can afford to use paid-media campaigns and benefit from them. Therefore, the authors’ recommendation is not appropriate for all organizations.