So You Want Your Spokesperson to Be Famous

Home/Celebrities/So You Want Your Spokesperson to Be Famous
Next

So You Want Your Spokesperson to Be Famous

While common wisdom says that celebrity sells, you should think carefully about using a celebrity spokesperson for your product, service or cause. Sherri Deatherage Green gets the gossip.

When you hitch your wagon to a shooting star, don’t be surprised if you lose control of the trajectory. The line between fame and infamy can be razor thin, as many PR pros have learned.

“There’s really no statistical evidence that using a celebrity does the campaign any good,” says Bill Goodwill of Goodwill Communications. Based on evaluations of PSAs his company distributes, Goodwill believes the cons usually outweigh the pros.

Not everyone agrees. Bell Gauvry, national media relations director for Porter Novelli, believes star power can be wielded productively. However. PR pros set themselves up for disappointment when they build campaigns around a messenger. “Don’t let the celebrity be the strategy,” she advises. Planning should begin with studying the target market and determining which approach will best reach it. Famous spokespeople can lend interest to less-than-compelling subjects, Gauvry notes. Truly innovative products don’t need that boost.

Among the most treacherous pitfalls of using celebrities is losing your message amid questions about new movie projects or old love interests. The product or cause may garner only a small paragraph in a larger story about the spokesperson, notes Eric Yaverbaum, president of Jericho Communications. But even a small mention can be valuable if it runs consistently and in major news outlets, notes Howard Rubenstein, president of Rubenstein Associates, New York.

Celebrities attract paparazzi, so gatekeepers must keep a close eve on who attends press conferences, adds Tanya Hilleary, president of Riverbyte Communications in Reston, VA. Hilleary recently organized an event with ER’s Noah Wyle for the Teach the Teachers Collaborative. Wyle participated in a media event at his alma mater, the Thacher School in Ojai, CA. Reporters naturally asked Wyle about upcoming plot lines and his recent marriage to make-up artist Tracy Warbin.

“There’s no way you can avoid discussing that which makes him or her a celebrity, but you can strike a balance in the coverage by working closely with the reporters and producers,” Hilleary says. Media relations training is a must to keep the celebrity on message, adds Mark Malinoswki, SVP of Ketchum’s new entertainment marketing division.

The Pitfalls of Bad Behavior

More frightening than a buried lead is the risk that your celebrity will do something stupid, immoral or illegal. Case in point: the thought of OJ Simpson running now conjures up the image of a slow white Bronco instead of an airport obstacle course. Contracts requiring spokespeople to be on their best behavior are relatively standard, but some companies still have been forced to pull the plug on campaigns too closely tied to errant celebs. 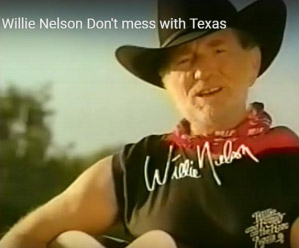 Willie Nelson seems to be one exception to the rule that bad press for a star reflects badly on the causes he represents. The successful “” anti-litter campaign has featured jingles from everyone who’s anyone in Texas music. Despite Nelson’s run-ins with the law, fans voted his spots the most popular in the series. “Willie Nelson, regardless of any issues that he has had with the law or with the IRS, remains true and golden in the heart of
Texas,” says Texas Department of Transportation program administrator Linda Levitt.

Skepticism also can affect audience perception of celebrity spokespeople, Gauvry notes. Even when promoting an apparently altruistic cause, people may wonder whether the actress delivering the message is more interested in promoting her latest movie or whether the politician is really stumping for reelection.

Celebrities can be effective in promoting companies in which they own stakes (like William Shatner with Priceline.com) or when raising awareness for health problems that affect them personally, Yaverbaum allows.

When selecting a celebrity spokesperson, experts advise seeking someone with a legitimate connection to your subject who hasn’t hawked too many other things too recently. “Avoid controversy like the plague.” Goodwill warns.

Look for skeletons the tabloids may not have yet dragged from the closet, adds Pete Oppel of Dallas’ Fairchild Oppel. “Finding the right celebrity spokesperson should involve as much of a background check as choosing the right running mate in a presidential campaign.”