Is your association getting its fair share of the free airtime available on the nation’s radio and television stations?

If not it may be time to examine your communication approach to determine whether you are using a well-balanced public relations mix to get your association’s message across. Unless a significant amount of public service programming is included, your PR package may not be complete.

Knowing when and how to contact radio and TV stations is crucial to success. Yet, as you examine public service programming even on the most basic level – what the broadcaster’s obligations are on the matter – widespread misconceptions appear.

Here. for example, is a passage from a public relations handbook prepared by a large association for its members: “Television and radio stations are required by the Federal Communications Commission to allocate a certain amount of time to public service.”

Not so, says the National Association of Broadcasters, Washington: “Broadcasting is under no obligation to grant time to any specific group. There is no law which says a station must devote a fixed amount of time to community organizations. 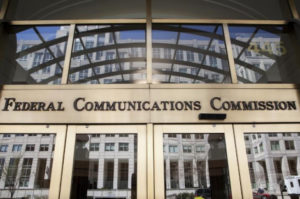 Much of the confusion exists because of the way federal requirements used to be, and the way they are today. In the past. to fulfill FCC requirements that a broadcaster operate in “the public interest, convenience, and necessity, stations had to file a multitude of forms. Today. in the spirit of deregulation and to cut out a mountain of paperwork. many of the forms are being discarded as the FCC modifies. deletes, or rewrites the rules.

This has created a situation that virtually allows stations to set their own standards on what constitutes proper fulfillment of their public service programming responsibilities to their local communities.

A clue to how they determine who gets on the air can be found in the former code of the National Association of Broadcaster – which stations still generally adhere to, though not on a formal basis. The code stated: ” Requests for time and placement of public service announcements or programs should be carefully reviewed with respect to the character and reputation of the group. the campaign or organization involved, the public interest content of the message. and the manner of presentation.” 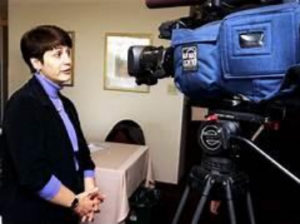 Even though the average TV station will air 200 public service announcements per week. requests for free time always exceed the available supply. What it boils down to, all other things being equal, is that attention will be paid to the organization that is best prepared.

“Be totally professional-first in the product you create. and then in how you offer it,” advises Charlotte O’Brien, manager of community affairs for WGN-TV, Chicago. “Watch and listen, not only to learn what the radio and TV stations’ current public service programming reflects but to gauge the type of material other organizations are getting on the air.”

Start with your headquarters city. Take the time to make personal contact with the public service directors of the network outlets and the major independent stations to learn exactly what they are looking for.

Because there are some 1,200 television and 8,000 radio stations, if you go national, you’ll have to be selective.

If your public service broadcast activities are integrated into a total communication program that has targeted key markets and audiences. use that as your guide. Survey the stations through a combination of personal visits, phone calls, and letters.

What your feedback will show is that very little uniformity exists in the broadcast industry. Each station or network has its own individual preferences in the matter of public service materials. 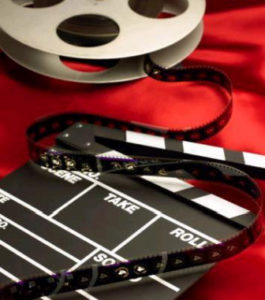 “To get maximum placement,” says Charles Vance, director of public relations for the National Safety Council, Chicago, “it’s necessary to know something about the technical as well as the production side.” 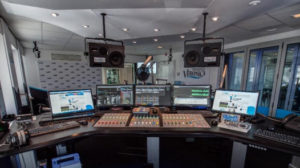 Unless your budget permits entry into the public service arena on a grand scale, your first consideration should be for radio public service announcements. You’ll find production and distribution costs far less than for TV.

Depending on what your survey of individual stations reveals, you may wish to offer spots in script form or produce announcements using a professional announcer’s voice and even sound effects and background music. Offer a selection that includes 60-, 30-, 20-, and 15-second scripts and for the produced version, 60-second and 30- second spots.

When writing your spots, remember that stations conform to strict time frames. A 30-second spot means just that, no more, no less. That figures out to about 70 words, depending on the speed with which it’s read.

Although a word count can guide you, the spot should be read aloud with a stopwatch in hand to make sure a 30-second spot is really a half-minute long. How much can you save in 30 seconds? Plenty. Even within the limitations of 70 words. it’s possible to pack plenty of wallop into your spot, Consider the impact of this two-word, one-second announcement: ” You’re fired!”

When you move up a step, from a script to produced spots, consider using a celebrity. The cost, against a professional announcer reading
your spot, will actually be less because you won’t be paying a talent fee. Syndicated columnist Ann Landers, for example, whose asking price for personal appearances is a reported $10,000, cut public service announcements for the National Safety Council for free.

In making your approach, take the direct route. Explain exactly what you want in a personal letter sent to the celebrity. If you go through a manager or a booking agent, the star you want may never see your request.

Include background material on your association and your public service campaign. Make it as easy on the personality as possible. Arrange for studio time in his or her home city or when you know the celebrity will be appearing in your area.

Don’t be discouraged if your letters and follow-up calls are unanswered. Celebrities have large demands on their time, and unless they see some clear-cut benefit in honoring your request, you may never hear from them. The idea is to have enough names on your celebrity list so that if you don’t get a yes from one celebrity, you will from another.

When thinking in terms of a celebrity, don’t consider only a show business name. Although your board, officers, and members may be impressed with affiliation with a glamorous star, that fact will be greeted at the station level with a reaction registering somewhere between a ho and a hum.

Of much more value, as far as the local public affairs director is concerned, is a solid local tie-in. Particularly if you are conducting a local campaign. a popular political figure may do just fine. Be careful, however, that you don’t use a public figure at election time, or your spot will be rejected by the station to avoid the equal time requirement.

Whenever possible, tie in with your state or local chapters. Use their members in the production and placement of spots. Remember that the ratio of local as against national spots broadcast, runs about 75 percent to 25 percent, so add a local tag to the public service announcements you distribute nationally.

If large numbers excite you. there are several direct avenues to national network exposure. In dealing with the networks, use the same procedure you use on the local level. Contact the public affairs director at the national level to learn of their exact requirements and how to proceed.