Why You Should Get PSA Bids

Home/Miscellaneous/Why You Should Get PSA Bids
Previous Next

Why You Should Get PSA Bids

The U.S. government has a very complex and time consuming contract bidding process – both for the government and the bidder – and the reasons for their approach are two-fold. First, it is more equitable to all the firms which have the required capabilities – giving smaller firms the chance to bid against bigger companies. But more importantly, it reduces costs.

Imagine for a second if the government issued a notice to one of its regular contractors – let’s say Boeing – to build the next generation long range bomber. Further, let’s say the government told Boeing they are giving them a no-compete contract. Do you think this approach would result in higher or lower costs? If you answered lower, it is back to contracting 101.

Any time any bidder, vendor, contractor, or service provider can have the luxury of doing work when there is no competition, you can guarantee they will charge more and the reason is obvious – they have no incentive to keep costs down.

Before starting my own firm, I was an executive in an ad agency in Washington, DC managing the national recruiting advertising contract for the U.S. Coast Guard, which we won in open competition. Not only did I issue bid requests to all qualified vendors for every task pertinent to our work with the Coast Guard; we were required by law to do it in the spirit of free and open competition.

In the private sector, too many organizations issue non-competitive contracts, which end up costing them more money and perhaps not getting the most innovative ideas. I will give an example without naming names.

Lowering Your Contract Costs
In the early 1990’s we distributed a national PSA campaign for a large non-profit, and delivered results beyond their expectations, according to our client. Then a new director of communications came on board, who brought in a favored PSA vendor. We, as the incumbent PSA distributor, did not even get a chance to bid on their work; it was simply given to the new firm, because they were friends with the newly appointed communications director.

This arrangement lasted a couple of years, and then there was another change in communications directors. The new communications director, being more astute, sent out bids to three PSA distributors. As it turned out, we won the contract, and the firm that had been providing the PSA services, submitted a bid that was so high, they were not even considered. Their bid was tossed in the trash so to speak, because their costs were so excessive. How much money was lost by the non-profit, is not known, but the point is, it should not have happened. 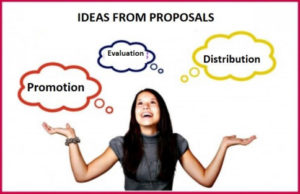 Getting More Innovative Ideas
The second advantage to competitive bidding, is the firms which want to do the work will put their best ideas on paper – ideas which cost the non-profit nothing.

Many times I have brought all our best thinkers together to develop creative ideas for a prospective client, yet we were not always the successful bidder. Knowing you are competing against the best in your business class makes you very innovative and creative. Win or lose on the bidder’s side, the non-profit gets these ideas free to use as they see fit.

Achieving Greater Results
The final point is somewhat theoretical, but I think it holds up to rational thought. The company that must keep on proving itself from year to year vis-à-vis its competition will go the extra mile to achieve results. They know that the client is looking over their shoulder for certain results and that there are other firms waiting in the wings to handle their campaign.

This, to any smart PSA distributor, provides the incentive to work harder and smarter to achieve results. As for the company that has no competition – knowing the non-profit is going to use them whether they perform or not – where’s their incentive to hustle? Why should they go the extra mile to get you incremental exposure?

What should be included in the competitive bid:

The best news of all is that competitive bidding doesn’t cost anything but the time it takes to develop the RFP (Request for Proposal). Perhaps more important, your boss is going to love the fact that you are trying to get the very best work for your organization at the lowest possible cost.

Bill Goodwill is the Founder of Goodwill Communications