Brother, can you spare a dime? The hit tune of the Great Depression is falling on deaf ears during this not-so-great recession as consumers tighten their purse strings and marketers trim their budgets. As a result, most charities, whose existence depends on corporate altruism, are feeling the effects of a weak economy and corporate downsizing like never before. To compete for dwindling donations, many organizations have become promotion marketers themselves to keep corporate dollars flowing in.

Cause-related marketing has been around for a long time, but it is only within the last few years that the focus has moved beyond just creating a positive corporate image. Nowadays, with a faltering economy and corporations saddled with debt, marketers are looking for bottom line returns for every dollar they spend – and many charities are happy to oblige with promotion programs that bring in donations and bring up sales. Companies today are viewing cause tie-ins not so much as extracurricular activities but as integral components in their overall business strategies. ”

A few years ago charitable donations were pretty much primarily by altruism,” says Frank Bulgarella, president of Resource One, Inc., a Birmingham, AL, cause marketing agency. “Corporations have become more results-oriented and have developed evaluation systems to determine if giving to a charity meets their public relations and sales promotion objectives.”

Savvy charities are adapting to this new reality. Gerald C. Weinberg, director of field organization for the Muscular Dystrophy Association, Tucson, AZ, says, “Years ago we used to rely on outright contributions. Now our attitude in working with corporations is ‘what can we do to help you help us.'” Rhonda J. Harper, contributions motivated senior associate, corporate development & planning for the American Red Cross, Washington, DC, says, “Once upon a time we’d evolve a big promotion, throw it against the wall and see what would stick. Now we’re more targeted and customized.”

A recent development on the cause front is the inclusion of the retailer as a vital partner in the endeavor. ” We are witnessing the convergence of two major trends,” says Dave Moran, vice president, Marketing Corporation of America, Westport, CT, “the first is cause marketing, and the second is in-store marketing.” 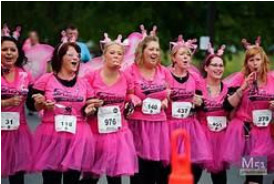 The increasing focus on in-store marketing reflects the overall movement away from the untargeted mass media toward local and specific activities. In years past, charities and their corporate sponsors tended to bypass retailers through activities such as coupon mailings or FSIs.

Today, both parties see how indispensable the retailer can be as the focal point for localized energy, and so are making sure his needs are met as well – to enhance his image, increase Store traffic and move products. “To achieve success on the local level, we give the trade what it’s looking for,” says Jack Paupa, group promotion manager, SmithKline Beecham Consumer Brands, Pittsburgh, PA. “The retailer’s name is associated with every event and we make the donations in the retailer’s name.

The connections between the triangle of charity, corporation and retailer are becoming more thematically related. “The key concept now is linkage,” says Harry Abel, VP of corporate relations for the Arthritis Foundation, Atlanta, GA. “We work to match our promotions with what the other partners are looking for so that everybody wins.” 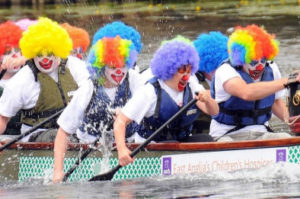 In some instances the matches are obvious. Example: the drug manufacturer Upjohn is a natural sponsor of the Arthritis Foundation; but in other instances the connections are less apparent, at least in the beginning. At first glance Arthritis and Tide detergent may not seem to have much in common. But when Tide came out with a snap-top opening, making it easier for arthritis sufferers to open the package, the Arthritis Foundation gave Tide its endorsement.

Procter & Gamble flagged the AF endorsement on its packages and ran an FST promotion in which an Arthritis Foundation membership offer was tied to Tide purchases, resulting in the distribution of millions of packages of Tide. “Procter & Gamble was so pleased it talked about the promotion in its annual report,” Abel says. “This event, in turn, developed into our ongoing cause-related relationship with Procter & Gamble.” Abel adds that since the Foundation has 400,000 members and since 37 million Americans are afflicted with arthritis, the fit between the charity and the corporation is a natural and productive one. 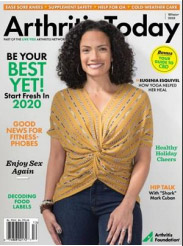 The Foundation also offers several advertising opportunities, such as ads in its own magazine, Arthritis Today, which reaches more than one million readers, an ad insert in Readers Digest seen by more than 24 million age 45-plus shoppers, and its national Telethon exposure in 100 TV markets. The Foundation has been able to tie retailers into its special events — its Mini Grand Prix in 25 markets, All-Star Salute to Secretaries in 80 markets, and Jingle Bells Run in 110 markets. The organization has also been able to secure off-shelf merchandising and other support in more than 120 retail chains comprising about 20,000 stores.

William H. Lembeck, president of Westport, CT’s Ryan Cause Marketing, which works with the Arthritis Foundation, says, “A lot of people have gotten into cause marketing. but very few have staying power. Those who make it are those who can deliver retailer support.” What gives major national charities access to retailers is their people power. The Arthritis Foundation utilizes its executives and 400,000 volunteers in 71 chapters to do the legwork to solicit stores on a local, grass roots basis.

This promotion takes place during the first three weekends in November in 15,000 supermarkets, 4,000 chain drugs, and 6,000 mass merchandisers — 25,000 stores with a circulation of 50 million, at a projected ACV of 60 percent. The event was designed and is being implemented by MCA. The retail connection is generally seen as an addition to, not a replacement for, other promotion efforts.

Representatives from both the national and the 260 regional ALA associations contact stores both at the headquarters and local store levels. “We’ve had great success in getting our sponsors additional aisle or shelf displays, as well as putting our volunteers in the stores to pass out coupons and ask for direct donations,” Hopkins says. “Our sponsors consistently report sales increases as high as 20 percent.”

The American Lung Association also represents another growing trend, according to Hopkins. “For the first time we are acting as our own promotion agency. We’re devising the creative concept and putting together the partners.” He says the organization is currently soliciting corporate sponsors for a multi-brand holiday baking promotion.

Ryan’s Lembeck reports that another major multi-sponsor event will come in September in conjunction with the American Heart Association. Called the Food Festival, the project is designed to heighten awareness of the need to lower dietary salt and fat content. The promotion will feature in-store Pledge Centers at which shoppers can pick up information on heart-healthy meals including a list of products that receive the Association’s seal of approval. Sponsors can get exposure in 15,000 supermarkets through a specially created 48-page magazine customized with the retailer’s name and containing manufacturers’ promotion offers. “We’re leveraging the Heart Association’s affiliates to call on the retailers and solicit their support,” says Lembeck.

Salt Lake City, UT-based Children’s Miracle Network relies on the grass roots activities of its 160 local children’s hospitals to establish its presence in 460 retail food, drug and mass merchandiser chains, comprising more than 33,000 outlets. Jay Vestal, senior VP of marketing of CMN, says. “All of our sponsors reported that this was their Number One sales event of the year as measured by volume movement, share increases and retailer support.”

One corporate sponsor, Hugh Cavanaugh. VP/promotion manager of Clorox Company. Oakland, CA, says, “Children’s Miracle Network involves the consumer in something he or she judges to be beneficial to his or her community. It also gets the retailer involved, and since many of our products are seeking to reach households with kids, the program meets our strategic needs.”

Vestal adds that the Network is continually adding sponsors, and new product categories. Including Ace Hardware, FTD Florists and Mattel.

Even the National Hockey League has designated Children’s Miracle Network as its official charity.

Just as corporations have narrowed their charities to the one or few that meet their image requirements, the same is true of retail outlets. Karen
Sheriden, director of corporate communications, PayLess Drug Stores, Wilsonville, OR, says the chain receives a “tremendous number of requests for participation, so we have to decide very carefully.”

She explains that the four major areas to which PayLess gives priority are those having to do with young children; senior citizens; education; and health. “We also look at what will benefit the largest number of people,” she says.

PayLess has raised nearly $1.7 million for United Cerebral Palsy through its in-store canisters and golf tournament, and about $500,000 through its employee bowling teams.

The retail connection is a big one and older charities that once depended on conventional fundraising techniques are quickly adapting. “In the past our focus was to narrow our sponsor marketing efforts,” says the American Red Cross’s Harper. The Red Cross is now actively searching out new sponsors and exploring new programs. With a nationwide network of 2,700 chapters, 27,000 paid staff and one million volunteers, the organization can offer plenty of grass roots clout. “We are strengthening our reach through local involvement, enhancing retail trade relations, developing cross organizational promotion ties, and designing micromarketing opportunities,” Harper says.

Although the Red Cross is offering a few specific promotions, its direction, Harper says, is to custom tailor long-term relationship opportunities. “Just taking a promotion and slapping it onto a charity without giving it the depth of thought needed is not going to be successful,” agrees Children’s Miracle Network’s Vestal. “We’re trying to build longlasting relationships,” he says. For example, CMN’s yellow balloon logo is now being
placed on packages of Hershey’s chocolates to create a year-round association in consumers’ minds.

Which side gains most from this kind of exposure? “Both,” says the American Lung Association’s Hopkins. “The corporation gains a recognition and access it didn’t have before, and the charity gets an exposure it could never buy, in addition to the donations.”

The other side of the coin is that a cause-related program is not a panacea and not every idea that looks good on paper will necessarily deliver. Clorox’s Cavanaugh says that many cause-related programs that were not tightly structured have since “fallen by the wayside.”

Ryan’s Lembeck adds that some causes look attractive on the surface but many don’t have the local market presence, or, if they do, are not able to get their people to actually do what needs to be done. He says that the same failure can occur on the corporate side, too. A program greeted with enthusiasm at headquarters does not necessarily translate into the regional or local support necessary for proper implementation, he says. For-profit and nonprofit organizations have different orientations and sets of needs which both sides have to be aware of. “They have to respect each other’s schedules and fully deliver their promises in a timely fashion. This is easier to do on paper than in practice. The logistics-structure must be firmly in place so that the agreed upon program is carried out to every detail.”

Another pitfall is having grandiose expectations. Scott Allison, cause marketing director of The Gable Agency, San Diego, CA, says, “Many charities look at sponsorships as sources of venture capital, and are pricing themselves out of the market.” A corporation’s ” favorite” charity may become incorporated into the company’s strategic planning, but it should not be its strategic plan, says Allison.

For cause marketing to really work, a program has to be able to deliver realistic objectives within realistic limits. The sponsorship costs of the various charities mentioned in this article range from $10,000 to $1.5 million.

While it’s true that the trend is toward turning good deeds into good business, the fact is that helping others remains a transcendent value which even corporate executives can believe in. And doing good still has good PR value regardless of the number of coupons redeemed.