Home/Television/Transition to Digital Broadcasting
Previous Next

Whether you are a consumer, or are involved in any aspect of mass communications, your media world changed dramatically on February 18, 2009, the date when all full-power U.S. television stations began transitioning from analog to digital TV.

During this transition period millions of analog TV sets no longer carried broadcast TV signals unless they are connected to cable, another video service, or to a special digital-to-analog converter available from retailers. Some observers say this transition represents the most significant advancement of television technology since color TV was introduced in the 1950’s. Millions of households nationwide that receive free full power over-the-air television through an antenna will also be affected by the transition. The reason America switched to DTV is because digital is a more efficient way to broadcast, and it will free up the airwaves for other services, such as public safety. 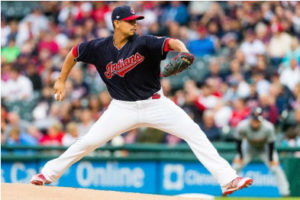 Early Beginning
The future of the television industry was perhaps defined by an event that occurred on September 6, 1997 in a crowded room at the National Press Club in Washington, DC. It was there that the first live digital HDTV major sports program – a game between the Baltimore Orioles and Cleveland Indians – was broadcast on a 16 by 9-foot screen.

Viewers remarked that they could see lines on the player’s faces as well as individual blades of grass on the ball field. The commercial birth of HDTV predates this event, when WRAL-HD in Raleigh, NC became the nation’s first commercial over-the-air high definition TV station.

On February 28, 2007, the DTV Transition Coalition was founded and is comprised of business, trade, industry and consumer groups, as well as grassroots organizations that share a vital interest in a smooth transition. The mission of the Coalition is to ensure that no consumer loses free full power over-the-air television reception in February 2009 due to a lack of information about the DTV transition. 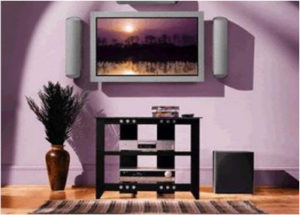 Picture Clarity – Analog delivers 250,000 picture elements (pixels); HDTV provides two million. A conventional TV picture consists of 525 lines while the HDTV image offers 1,080 which will double the clarity of the picture. These additional lines mean that a viewer of a conventional TV set needs to sit 16 feet away before the lines disappear; for an HDTV viewer, they need only sit about six feet away to experience the same picture quality.

Enhanced Sound – HDTV provides viewers with CD-quality sound with up to five audio channels and a sixth sub-woofer channel to fill in the bass sound.

Multicasting – HDTV boosts the number of channels in a single transmission from one to five, permitting broadcasters to transmit much more information than was previously possible.

Datacasting – HDTV is also capable of delivering data, such as the Internet, hundreds of times faster than conventional modems. Datacasting could deliver services to the home ranging from bank and investment statements to customized traffic reports that show real-time images of a commuter’s route to work.. It is estimated that HDTV could deliver both TV programming and eight major newspapers to the home in just 60 seconds.

Cable vs Broadcast
Broadcasters aren’t alone in the HDTV transition. Companies that broadcast movies and events by satellite also upgraded to HDTV.

The good news for cable customers is that the digital transition should be easy. Thanks to a compromise adopted by the FCC in September 2007, cable companies began carrying the main digital signal of “must carry” commercial full power broadcast TV stations and will duplicate that signal into analog format so that all channels can be viewed on any older analog TV sets connected to cable.

Cable’s carriage of the signals in both digital and analog formats ensures that all customers see commercial full power broadcast TV signals after the transition. This approach makes the digital transition effortless for all cable customers and provides valuable assistance to commercial TV stations trying to reach all of the homes in their region.

PSA Impact
Obviously, PSA producers now must create their PSA in “Hi-Def,” which results in much better quality which benefits both the TV station and the ultimate viewers. The conversion to HDTV also resulted in significant changes in PSA reporting, because post-production facilities had to adopt a new system of encoding TV PSAs called SpotTrac, which replaced the analog code placed on TV PSA dubs.

Since most PSA distributors match their internal broadcast database to the Nielsen master list of stations, for reporting purposes one of the biggest digital TV transition challenges was to develop a standard station naming convention to permit station matching and accurate reporting. To facilitate accurate reporting, Nielsen developed a system to give each digital sub-channel a unique set of call letters and clients or their distributors have to match the Nielsen master list. The good news is that each local broadcast station got up to six sub-channels to use, which greatly increased the chances of getting PSAs used on these outlets.

For more information on digital TV, visit the FCC site at www.dtv.gov.

Bill Goodwill is the founder of Goodwill Communications, a Virginia-based company specializing in distributing and evaluation PSA campaigns for non-profits and federal government agencies.