Today, when people talk about effective mass communications tactics, they invariably focus on social and online media, to the exclusion of more traditional media. Unquestionably these media are dominant today, particularly when it comes to reaching “Generation Xers” and “Millennials.”

However, when it comes to public service ad campaigns, there is strong evidence that more traditional media are continuing to be an effective way to disseminate PSA messages that connect with the public. Following are some important trends that are affecting today’s PSA campaigns – trends that we have assimilated into our own plans to maximize exposure for our clients. 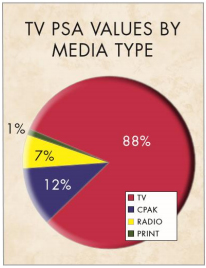 TREND #1: THE CONTINUED DOMINANCE OF BROADCAST TV
“If you look at any of the multi-media PSA campaigns we have distributed, television generates the vast majority of PSA exposure,” points out of Barbara Goodwill, Evaluation Director of Goodwill Communications. “No other medium – including social media – comes close.”

While this is the situation when this article was written, there is evidence that viewing habits are slowly shifting to other means of watching TV, including streaming, Hulu, Netflix, Direct TV and other ways of watching TV generally referred to as “cord-cutting.”

TREND #2: THE TRANSITION TO DIGITAL BROADCASTING
Perhaps the best thing that ever happened to non-profits from a media perspective is the migration to digital broadcasting. As part of the transition to digital TV, each local station was given six sub-channels to expand their programming capacity and many use these channels to air PSAs. This helps stations forge a stronger bond with their viewebrs and connects them to important social issues.

Beyond the additional capacity given to TV stations, the quality difference between analog TV reception and digital is amazing as shown below.

TREND #3: THE EXPLOSION IN CABLE NETWORKS
Ted Turner developed the first “superstation” (WTBS) back in 1970, the forerunner of today’s national cable networks. He could not have foreseen how his idea changed the U.S. media landscape and American TV viewing habits.

Five years ago, Goodwill Communications was distributing TV PSAs to 35 national cable networks. Today, that number is 200 and growing. There are a couple of reasons for this phenomenal growth.

First, once a cable network invests in infrastructure, they can increase their return at a comparatively low cost by developing new “niche” networks under their brand umbrella.

Secondly, as viewer interests became more specific, cable network owners create programming to meet these changing interests. That is why today you can find cable networks that cater to “foodies,” people who love to travel, watch sports and spoil their pets.

The benefit that narrowcasting offers to non-profits is that they can tailor and aim their message to specific types of audiences, which tend to be more loyal to these channels, because their programming caters to their interests. 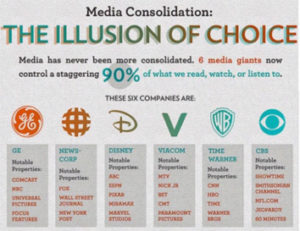 TREND #4: MEDIA CONSOLIDATION
It might shock anyone reading this article that only six media companies now control 90% of what we read, hear and see.

All of us must grapple with the implications of this media consolidation, in terms of getting our messages out to the ultimate public.

The good news is that you can submit one PSA and get it on perhaps a half dozen networks. The bad news is that when that media conglomerate turns you down, you don’t have as many options.

TREND #5: DIGITAL DISTRIBUTION
If you are distributing a TV PSA, there is only one way to get your messages to the media now, and that is via digital distribution. To ensure the media has access to our client PSAs we use both a “push and pull” strategy. The pull comes from alerting the media about our PSA download platform called PSA Digital, which you can visit at: www.goodwillcommunications.com/capabilitiesservices/psa-digital/.

The push strategy involves Extreme Reach, the premier distribution platform for media programming, and we use this service to distribute client PSAs to over 2,000 TV stations and networks, along with 10,000 radio stations. We also post broadcast PSAs to the National Association of Broadcasters’ Spot Center. 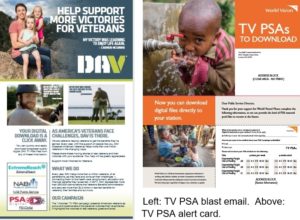 TREND #6: IMPACT OF PROMOTION
With the advent of digital distribution to broadcast outlets, promotion is no longer an option. It is an absolute necessity and without it there is very little chance your TV and radio PSAs will ever get on the air.

Unless you let the media know where your PSAs can be downloaded via promotional tactics, then obviously they will not know where they are, and thus no usage.

For more information on the subject, go to our PSA Research Center at: www.psaresearch.com/biboverall.html#prom 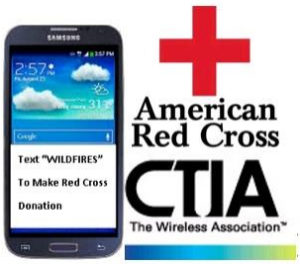 TREND #7: CHANGING MEDIA HABITS
Anyone walking through a major airport these days can easily see the dominance of mobile media. People are either on their phones talking, texting, reading emails or working on their tablets, which largely have replaced laptops.

“Just as a start, all websites need to be configured so they optimally display on mobile devices,” observes Ken Fischer, Chief Information Officer for Atigro, a digital marketing and custom web development firm. “And, when it comes to delivering a PSA message, the producer has to figure out a very clever way to get their message across to the viewer without interfering with the user experience,” he said.

For the Cellular Telephone Industry Association (CTIA) Goodwill Communications wrote, produced and distributed radio PSAs telling people how they could contribute to the Red Cross, by sending a text message to help families after natural disasters such as earthquakes.

The other huge change in media habits is the amount of time people spend with social media. Teens now spend up to nine hours a day on social platforms, while 30% of all time spent online is now allocated to social media interaction. And the majority of that time is on mobile – 60% of social media time spent is facilitated by a mobile device.

TREND #8: EXPANSION OF PLACE-BASED MEDIA
No one really knows how many out-of-home venues exist in the U.S., but according to the Outdoor Advertising Association (OAAA), there are 2.2 million) known placement opportunities. Many of them are shown in this graphic. 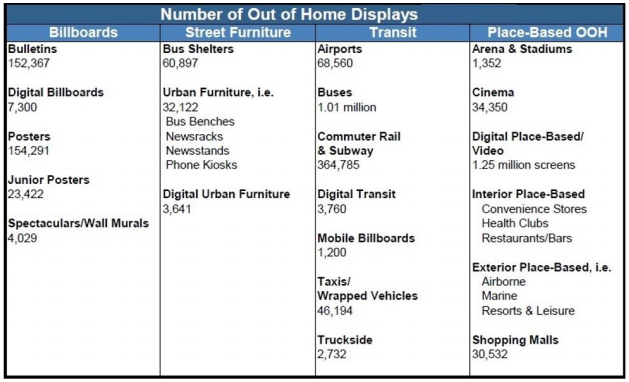 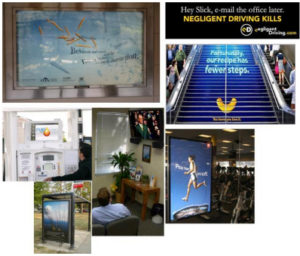 “There are many sociological trends which are fueling this increase in the popularity of outdoor advertising,” says Leith El Hassan, CEO of OOHforGood.

“First, people are spending more time than ever in their cars, mostly due to longer commutes and more congested roadways.

Secondly, with jet travel replacing trains and bus transportation, many airports have as much annual passenger traffic as can be delivered by a major national broadcast network. Atlanta’s Hartsfield airport, for example, has 90 million passengers annually, Finally, some shopping malls have become cities within cities,” he observed.

Goodwill Communications has been taking advantage of these trends by delivering our client PSA messages every place where people gather in or out of home. To see articles on the importance of outdoor and how we have placed OOH PSA messages for our clients, go to: www.psaresearch.com/biboverall.html#out.

TREND 9: “COLLABORATIVE MARKETING”
Collaborative or “co-op” marketing means reaching out to other organizations working on your issue to see if there is common ground. The goal is to see if you can share marketing expenses to achieve greater synergy than working alone.

For example, we worked with the Savings Bonds Division of the U.S. Treasury Department, the Social Security Administration and a non- profit called the American Savings Education Council to distribute a joint TV PSA campaign.

For another client, the Environmental Defense Fund, we reached out to local city Mayors who were part of the Mayors Climate Protection Initiative, an effort to reverse the effects of Global Warming. We created a custom website which would allow the Mayors to tag TV PSAs for their locale and order the tagged PSAs in the required format, online, all of which was done online. 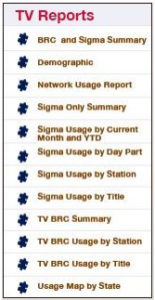 TREND 10: BETTER CAMPAIGN EVALUATION
PSA Campaign evaluation has graduated from the use of “bounce-back cards” in the early days, to highly sophisticated metrics using Nielsen SpotTrac monitoring that tells non- profits just about anything they want to know about their PSA usage.

This includes where and when PSAs were used (specific dayparts); the spot lengths and station using them; the number of airplays; Gross Impressions and advertising equivalency value. Roll-up numbers are provided, and some distributors (we do it) also provide a very detailed Executive Summary report for those who only need topline data.

“Since we have an outreach person who contacts all the networks, we also created a separate network report to be able to compare those networks that committed to using the client’s PSA as compared to those who actually air them,” says Barbara Goodwill.

She went on to say that “perhaps our most meaningful TV report is one that shows various levels of usage displayed on a U.S. map which is refreshed weekly. It clearly shows where the client is getting good exposure and where more work needs to be done.” 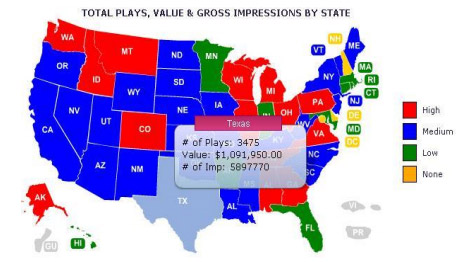 As media trends continue to change almost daily, we believe that traditional media will continue to deliver very significant levels of reach and frequency. When combined with social media, they provide an excellent return on investment for non-profit organizations.