HOW PSAS CAN INCREASE PUBLIC AWARENESS

Trying to demonstrate the relationship between public service advertising and public awareness is very difficult, because there are so many mass communications initiatives that contribute to public perceptions towards any given social issue. Secondly, in order to track changes in attitudes, typically you must employ baseline research and tracking studies to measure change over time, which can be costly.

Of the 1,000+ national PSA campaigns we have distributed, there has been only one client which spent the time and money to track public attitudes towards its primary issue – human disabilities – the National Easter Seal Society.

Sandy Gordon, Senior VP, Corporate Communications for Easter Seals at the time, had this to say about the role of marketing for non-profits:

“While advertising, marketing and public relations provide a basis for building and enhancing an organization’s image, promotional campaigns are often short-term and easily forgotten – unless they are based on issues of public concern.

Carefully crafted, multi-media public service campaigns can be extremely effective tools for publicizing issues and positioning a non-profit as a resource or industry leader among its target audiences. Issues-oriented campaigns are also invaluable in solidifying long-term relationships with corporations and other agency sponsors,” she observed.

In 1990, the Society embarked on a national public education campaign which had several different objectives.

The short-term business goal was “to encourage contributions,” but the longer and more important goal was to reposition Easter Seals as a respected advocate for people with disabilities.

To get baseline data, the Society employed a Gallup poll which indicated that while almost 90 percent of the general public recognized the Easter Seals name, among this same group, only a third could identify what the organization did.

With this knowledge, the Society’s ad agency, Camphell-Mithun-Esty, designed a series of annual fundraising and public education campaigns that focused on public attitudes towards people with disabilities. To make the messages real, the most universal barriers to independence for people with disabilities were identified and used for general public service and advocacy campaigns.

Implicit in the creative work was the understanding that people with disabilities would be portrayed as everyday people living , independent lives, with support from Easter Seals. According to Ms. Gordon, “This creative approach was a deliberate and significant departure from many organizations’ fundraising appeals to people’s pity for ‘victims,’ or portrayals of ‘brave,’ ‘inspirational,’ and ‘courageous’ individuals,” she said.

Over a five-year period, Easter Seals created a body of public service and advocacy campaigns focused on important disability issues, including TV, radio and print PSAs. Easter Seals’ original “Friends Who Care” campaign included PSAs that point out how name-calling hurts, and how kids with disabilities are stigmatized. 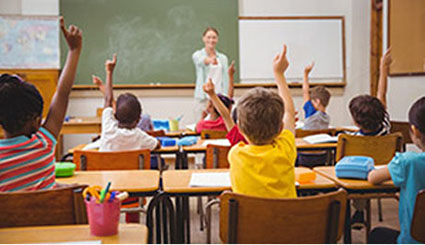 A curriculum was also developed to augment the media materials and distributed to some 20,000 elementary schools through a $350,000 grant from Ronald McDonald Children’s Charities. The goal was to assist teachers and administrators in their efforts to integrate children with disabilities in their classrooms and school systems. These campaign materials were recognized by Media Access as a special merit award winner.

Next, Easter Seals launched a multi-media campaign designed to point out the subtle and not-so-subtle ways in which disabled Americans are discriminated against in everyday activities. “Awareness is the First Step Towards Change” was released to the electronic and print media as part of Easter Seals’ overall effort to promote the implementation of newly legislated civil rights for disabled Americans. 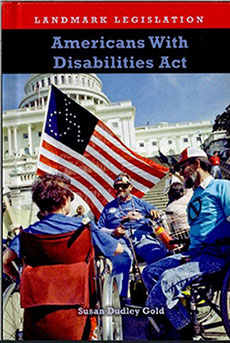 When former President George Bush signed the (ADA) into law on July 26, 1990, it was a landmark day for Easter Seals and the coalition of disability groups that had worked to develop legal guarantees of basic civil rights for more than 43 million Americans with disabilities.

With the ADA, Easter Seals has an unprecedented opportunity to sharpen the focus of its multi-media public service and advocacy campaigns. The civil rights covered by the ADA – equal opportunity for employment, accessible public accommodations and public transportation systems – were issues that Easter Seals’ national network of affiliates have worked for many years to address.

Easter Seals then launched a national campaign highlighting the issues addressed in the Americans with Disabilities Act. Advocacy and fundraising campaigns were merged to create a year long series of TV, radio and print PSAs. The campaign, “Because Public Transportation is for Everyone” thanks the general public for making accessible public transportation possible for all citizens.

Their next campaign, “The ADA: It Took an Act of Congress” pointed out how the employment, public access and telecommunications provisions of the law will benefit everyone as we integrate people with disabilities into the mainstream. Next, a campaign, titled: “All of Us Have the Ability to Make a Difference,” conveyed the message that all Americans, including those with disabilities, have an obligation to vote, volunteer and speak out. 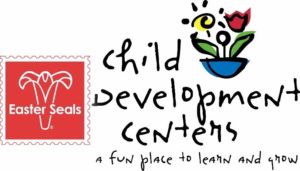 Enesco Corporation, a giftwares firm, sponsored both the “Friends Who Care” and “First Step” attitudes campaigns, as well as underwriting a 15-minute videotape on the ADA called “Nobody is Burning Wheelchairs.”

Other corporations have tailored issues-oriented campaigns to dovetail with their own markets. For example: 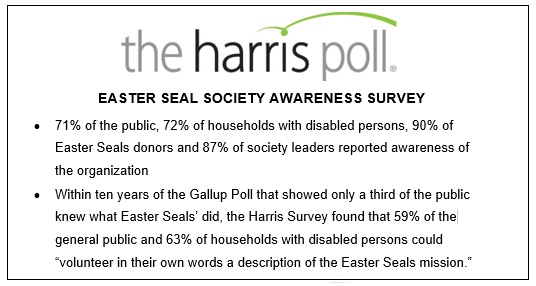 Focusing on disability issues and providing resource information for corporate sponsors have proved successful for Easter Seals from a financial standpoint as well. Corporate sponsor gifts have increased by almost ten percent each year over a ten year period.

After a six-year period of running annual PSA campaigns, Louis Harris and Associates conducted quantitative and qualitative research to measure public recognition of the Easter Seal name, mission and overall effectiveness at achieving its mission.

To summarize, “Easter Seals’ multi-media, issues-oriented advocacy campaigns were introduced shortly after the original Gallup poll, and clearly, if one looks at the 1990 Harris survey, these campaigns have had a significant impact in creating and enhancing a greater public awareness of Easter Seals’ mission and services,” concluded Sandy Gordon. 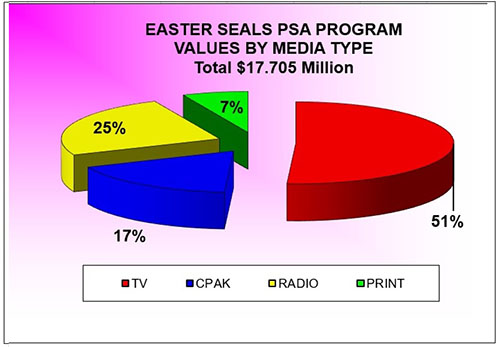