Providing a Safety Net for the Forgotten

America is fundamentally changing. Historically we were a nation that had the largest middle class in the world, but now we are becoming a nation that is deeply divided between the haves and the have nots. 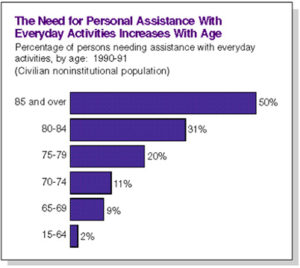 “In the richest nation in the world, over 553,000 Americans are homeless. 40 million people struggle with hunger and 40.6 million officially live in poverty.”

In addition to these alarming trends, America is also getting “grayer,” with the elderly population in our country doubling between now and the year 2050, to 80 million. As shown in this graph, as people get older, they need more assistance to just get by.

A Lifeline of Assistance

Volunteers of America’s mission touches the lives of almost 1.3 million people in over 400 communities in 46 states, as well as the District of Columbia and Puerto Rico each year.

Since 1896 Volunteers of America has supported and empowered America’s most vulnerable groups, including veterans, at-risk youth, the frail elderly, men and women returning from prison, the homeless, people with disabilities, and those recovering from addictions.

Goodwill Communications began distributing Volunteers of America PSA campaigns in 1999, and the early campaigns we distributed on their behalf addressed the organization’s mission, as part of a branding effort, primarily to support fund raising.

All of these campaigns were distributed to over 1,000 local broadcast TV stations and 200 national networks. And, as with all the campaigns we have distributed in the past 35 years, they were thoroughly evaluated, so we knew what was working and where more work was needed.

The most dramatic TV PSA we distributed was called Speeches, which included poignant photos of homeless and needy people with speech excerpts from famous political leaders. A second one titled: Stats recited facts about poverty with stirring music in the background. 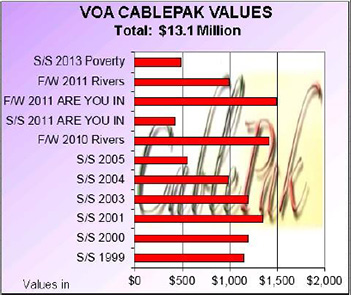 Once we achieved some success with broadcast TV, we began adding other media components to our distribution plan, including cable TV, radio and print.

Since fund raising is the lifeblood of non-profit organizations, any technique that can help achieve this objective is very important. To illustrate how PSAs can help support fund raising , our work with Volunteers of America evolved in two stages: 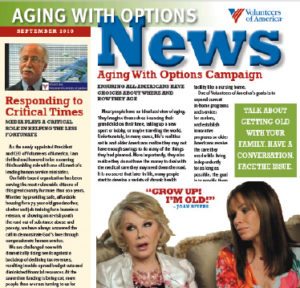 At the national level we expanded our promotional activities using various tactics to sell Volunteers of America’s TV PSAs to the media including:

While it is sometimes difficult to evaluate the impact of outreach tactics, unquestionably our network contacts paid huge dividends as VOA received over $21MM in PSA support from 19 networks that would not have occurred without personal outreach. Since it was launched, the campaign has generated over $34MM in value, or more than 3 times the amount generated by the previous PSA distributor.

To explain how many organizations are using PSA values to help with their fund raising, it is necessary to dip into accounting practices for non-profit organizations. Limited space does not permit us to go into the details here, but we have written a separate article on the subject which is available at 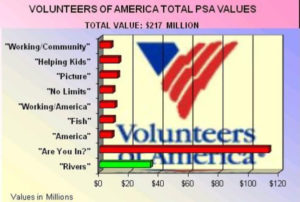 In summary, our work for Volunteers of America shows how an important mission, outstanding creative work, and thorough distribution can maximize exposure from PSA campaigns, the value of which exceeds $217 million in verified ad support.