HOW EDF CONNECTED TO MOVIE-GOERS AND LOCAL POLITICIANS

We were retained by the Environmental Defense Fund (EDF) to distribute two different PSAs dedicated to the same issue – global warming. EDF’s mission is to use science and economics to find practical and lasting solutions to the most serious environmental problems facing our country. EDF’s work spans the biosphere: climate, oceans, ecosystems and health. Since these topics are intertwined, EDF’s solutions take a multidisciplinary approach, working in concert with other organizations — business, government and communities.

It would have been infinitely easier for us to orchestrate a standard TV PSA distribution, which involves packaging, replicating and distributing EDF PSAs to the media, with very little fanfare. However, because our firm is so passionate about environmental causes, we wanted to do much more, including finding a way to connect this national campaign to local communities. 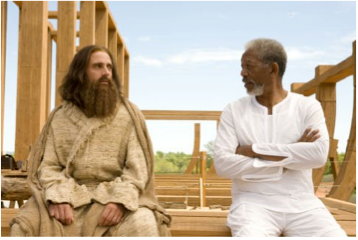 At the time we were about to distribute the EDF TV PSAs, we learned that a movie was being released titled: Evan Almighty, starring Steve Carell playing Congressman Evan Baxter. God, played by Morgan Freeman, tells Congressman Baxter to build an ark in preparation for a great flood, which Baxter dutifully obeys. Since flooding is one of the consequences of global warming, we believed this was a good opportunity to capitalize on a popular movie to get their message across to the public.

Because EDF had a network of local community activists around the country, the first thing we did was to create a custom website that would permit local activists to learn everything about the campaign. On this site, there were several things visitors could do, including:

At the bottom of the website, we also included a link to an article we wrote entitled: “How to Place PSAs in Your Community,” which described the tactics that local outreach staff need to use to get PSAs on the air in their local communities.

We created separate storyboards on the two different PSAs included in the package, along with a letter from Fred Krupp, EDF’s executive director, which explained why these PSAs were so important to local communities.

Everything we did in terms of promotion and packaging took advantage of the movie that was coming out. Shown above is the Promotion page of the custom website we created that showed examples of the newsletters and the box label we used on all TV PSA packages.

To give both media gatekeepers and local outreach staff a chance to preview the PSAs, they could either view them online, or download them to their local computer drive along with storyboards for each of the two PSAs. Local outreach staff could also click on a map to see specifically where the PSAs were distributed within their state, complete with names and phone number of public service directors. 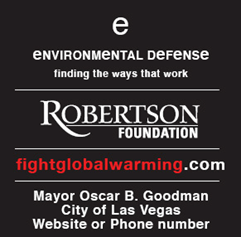 In our research on global warming, we learned about something called the Mayors Climate Protection Initiative, and at the time the TV PSAs were being distributed, 141 mayors had signed the Initiative. We believed that these local officials who were obviously committed to reversing global warming, would be natural allies in our campaign to reach both media and other local stakeholders.

To reach these important contacts, we distributed a blast email to the Mayors who had signed the Climate Protection Initiative, with a link to the custom EDF website. One of the most unique aspects of the custom website was the ability to tag the TV PSAs with the name of the local mayor as shown. On this part of the site, local Mayors or their staff could order a specific quantity of locally tagged TV PSAs in various formats with a sample of the ending tag that they had to work with.

In spite of these factors, the campaign was successful in reaching its intended objectives.