PSAs: Do They Really Work?

Home/Evaluation/Effectiveness/PSAs: Do They Really Work?
Previous Next

PSAs: Do They Really Work?

The PSA arena is a huge one, with approximately 1.5 million non-profits potentially vying for free space and time in more than 20,000 media outlets. According to the National Association of Broadcasters using the latest available data, the media donated $10 billion worth of free space and time to public interest issues

PSAs – defined as free advertising intended to raise awareness or provoke action – often find a receptive media outlet, and once accepted, are likely to reach an audience. The caveat: You forfeit control over when and where the message will be delivered.

Campaign after campaign has demonstrated that PSAs are effective in reaching the desired target audiences. Fundraising or volunteer recruitment may be an accompanying goal, but what PSA’s do best is convey the importance of an issue, work to change attitudes and misconceptions, and, most importantly, compel people to take action.

Last year, a teen alcoholism campaign for the National Council on Alcoholism and Drug Dependence:

What makes a PSA work? ‘High-caliber and powerful work gets the media’s – and the public’s – attention,” says Bob Starr, co-founder of the New York-based Ads Against AIDS, an industry initiative. 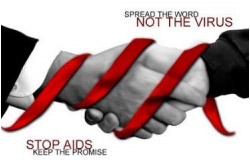 One way to get noticed is by moving away from the pack of stark black-and-white ads centered on one large image and little copy. Ads Against AIDS, for example, produces color print ads, which are less common in the PSA genre. Even if your ad does stand out, however, breaking through the glut can be difficult.

“There’s a sense of competition,” Mr. Starr says. “The media have only a certain amount of time allotted for PSAs.” And PSAs abound: ABC-TV has run more than 1,300 AIDS-oriented pro bono commercials in the past year and a half, according to Janice Gretemeyer, a spokeswoman for the network. That’s just one network and one issue.

Some non-profits work with the Ad Council, but if your organization can’t work within the parameters set by the Ad Council – or chooses not to – are you out of luck? “I hope not!” says Nancy Newton of the Georgia Partnership for Excellence in Education. The partnership, like many other local organizations that have worked on their own, has assembled an advisory board of influential media figures such as Terri Tingle, the vice president of the Atlanta – based Turner Broadcasting System. 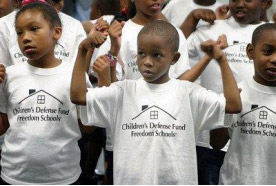 On a smaller scale, Lauren Shapiro a media assistant at the was able to place an ad geared toward developing self-esteem among African-Americans in magazines such as Ebony, Black Enterprise, Essence, and Emerge , as well as several magazines aimed at teens. Her strategy was simple. “I wrote a few letters explaining why this is such an important issue,” she says, “and I had moderate success. You can definitely find success on your own.”

According to the Ad Council’s director of media development, Luana Lewis, a survey of 1,000 TV and radio stations revealed that only 29 percent of television PSAs and 20 percent of radio PSAs were Ad Council work. The rest of the free space and time was given to local messages, station-originated messages and other national campaigns.

What’s On The Media’s Minds

A tightly targeted message and a limited media hit list, such as those employed by the Children’s Defense Fund, make placement easier. And, making a concerted effort to learn what the media are looking for and building a relationship with them, will also go a long way toward ensuring success.

What do the media want? One preference, according to Jerry Tilis, vice president of marketing at the Knight-Ridder newspaper chain, is  localization. “Newspapers are so effective at really targeting a market that to run a generic PSA in a newspaper is a real mistake. You just wouldn’t be getting the biggest bang for your buck.”

The smart national organizations know to place a local telephone number somewhere in their PSA. A telephone number is often part of a call to action, a strategy that goes hand in hand with the media’s role in addressing community needs. The media see themselves as information and service providers, so make sure your PSA fills those roles – even if you’re primarily concerned with building awareness. The media don’t want to put messages out there that raise concerns but offer no solutions.

Another good way to go is toll-free numbers, which are effective. An American Red Cross campaign, “Play Your Part,” recruited 30,000 volunteers in one month. 14,000 of whom were from the target audience, 18- to 34-year-olds.

Incorporating Sponsors in Your Campaign

Other non-profits are looking for new ways of reaching the media, according to Steve Dickerson, vice president of communications for the American Cancer Society. TV is so competitive now,” he says, “not only because all non-profits want to get their message on TV, but because the amount of available time is decreasing, and a lot of that is given to stations promoting themselves and their programming.”

Mr. Dickerson says he looks for ways to incorporate “sole sponsor projects,” in which a station provides issue-oriented programming (on the importance of mammography screening, for example) rather than commercial time, using the non-profit as a resource. A corporate sponsor might be brought in for funding support, a hospital could become involved (in this case, to provide free screenings), and a pharmacy chain could volunteer to distribute free prevention booklets.

The Value of Media Donations

Measuring impact is important, because when a TV station or newspaper donates time or space, it gives up a valuable piece of revenue. For instance, according to Ms. Gray of Time-Warner, the publishing group’s magazines donated $7.5 million worth of space to non-profit causes.

Television is, of course, the most expensive medium, and is often perceived as the most glamorous and valuable by both nonprofits and ad agencies. The value of television time varies greatly, depending on the “daypart” or time of day in which a spot runs, and the market. The average price for a 30-second prime-time spot on ABC is $120,000, according to Ms. Gretemeyer, but it’s even higher for a spot on a top-rated show.

Because so many TV stations run 24 hours a day, they have a lot of time to fill. Not so with newspapers. Mr. Tilis of Knight Ridder says. “If a minute is unsold it will go to waste, but a newspaper can instead save a substantial sum of money by cutting two to four pages.” Hence the notorious reluctance of newspapers to donate space.

Other Ways To Save Money
In addition to the cost of media space or time, PSAs can cost hundreds of thousands of dollars to create, factoring in talent (actors, directors, photographers, and technicians) and post-production costs. Mr. Dickerson of the American Cancer Society says the organization will spend between $150,000 and $250,000 on photographers, video crews, and editing expenses.

Often, a station will contribute studio time or dubbing services if you ask. Station participation is more likely when your spot has a news peg, such as “October is Crime Prevention Month.”

Most of all, bear in mind that you can get your message out there – it’s being done all the time. Mr. Starr of Ads Against AIDS says, “You just have to press on, to make repeated phone calls, to establish contact, to coalition-build.” He adds, “The whole business of PSAs is about bringing over as many people as you can to your cause.” An easy – or at least familiar – task for nonprofit managers, no?