Peddling a Social Cause; Article Review

Home/Miscellaneous/Peddling a Social Cause; Article Review
Previous Next

Peddling a Social Cause; Article Review

It may seem grand cause you think you’re a man
But ahead baby wasn’t part of the plan
This is L. L. Cool J and Cut Creator
Telling you what happens nine months later
“Smart Sex Rap” by L. L. Cool J

The music may sound like just another rap tune. But tucked within the pulsating rhythm of rock star L. L. Cool J is — of all thing — a public service announcement about teen pregnancy. Smart Sex isn’t the only social cause seeking an audience these days. Crusaders against drunken driving, alcoholism and smoking are increasingly turning to Madison Avenue’s vice squad for help.

The, Media-Advertising Partnership for a Drug-Free America launched the largest public service promotion ever. Funded in part by corporate contributions, the campaign is expected to get more than $500 million worth of adverting exposure.

Is Madison Avenue going altruistic? Well, yes and no. Advertising staffs burdened by the humdrum of peddling goods and services jump at the chance to use their ingenuity for more worthy causes. “Public-service ads offer a fresh opportunity.” says Kevin Allen, vice president of Ketchum Advertising in New York. “You can go beyond selling a box of laundry detergent.”

Good for Business
Although ad agencies don’t accept fees for creating public service announcements (known in the trade as PSAs) they can profit in the long run. After the Minneapolis agency Clarity Coverdale Reuff offered to develop a pro bono campaign for a local YMCA, the national YMCA organization asked the agency to handle its advertising, too. Since then CCF’s commercial billings have increased fivefold. 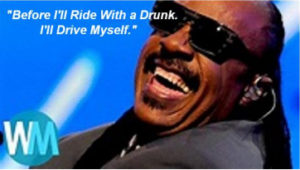 The Minneapolis agency of Fallon McElligott Rice has also done well with such ads. The agency came out on top of more than 1,000 entries in a contest sponsored by the Reader’s Digest to fight drunken driving. Its winning poster featured blind musician Stevie Wonder offering an unforgettable warning: “Before I’ll Ride With a Drunk. I’ll Drive Myself.” Says one advertising executive: “They’ve used A public service announcement to catapult themselves into prominence.”

Corporate Tie-Ins
Public-service ads can also foster entrepreneurial spirits. Neal Kalisher’s Public Service Radio company in Lake Worth, Fla., specializes in adding public-service messages to commercials paid for by local businesses. The secret, Kalisher says, is tailoring ads to a particular client. Bars can warn motorists not to drink and drive, auto-parts stores can pitch compliance with a new seat-belt law and children’s clothing stores can remind people to watch out for school buses. Kalisher, who has 300 clients for his custommade ads, is clear about his motives. “I don’t want to make us out to be crusaders,” he says. “This is a profit business.”

Other enterprises work public-service angle, too. Member Only, the New York-based sportswear chain, has announced that it will donate its entire $6 million advertising budget to an anti-drug campaign featuring among others, former Yankees manager Lou Piniella and New Jersey Nets basketball star Buck Williams. The catch: Piniella and Williams appear in the advertisements wearing — what else — Members Only jackets.

Diverse Problems
Other sponsors range from the federal government and local municipalities to the American Lung Association. The social problems they combat are diverse. The Magazine Publishers’ Association launched a $26 million campaign designed to attack adult illiteracy, while the National Council on Alcoholism is embarking on a publicservice promotion to discourage drinking by children and teenagers.

Other PSA’s are aimed at lesser known social problems. One city hospital produced a public-service campaign warning people to make sure their  bath water wasn’t too hot. A humane society sent out a message urging pet owner not to let their dogs drink antifreeze. At its best, public-service advertising depends on the same marketing techniques used in regular product advertising. When NW Ayer embarked on its youthalcoholism campaign, it relied heavily on psychographics, which measures attitudes and emotional responses to advertising. 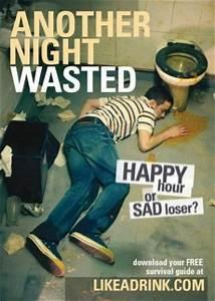 To test ideas about teenage alcoholics, executives used the most tried and true of psychographic devices: the focus group. The agency rounded up 100 suburban and inner-city children between the ages 9 and 14 and divided them into small groups to discuss alcohol abuse among their peers and advertising approaches that would best discourage kids from getting drunk.

The Ayer executives drew two major conclusions: first, the ads should use ordinary teenagers rather than models to capture the attention of teenage alcoholics; and, second, they should offer young people help in resisting the temptation of alcohol. The resulting campaign, “Say no. And say yes to life,” incorporated both suggestions. 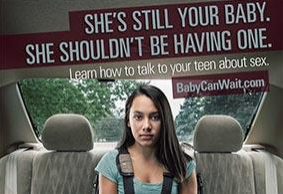 But research means nothing without well-executed ads. Benton & Bowles in New York once auditioned 100 actors before finding what it considered the perfect face for a spot on adult illiteracy. The agency held out for an actor who could stumble realistically over his words while reading a book to his young daughter.

When Ketchum Advertising chose a photographer for the print portion of its teenage-pregnancy campaign, it hired Francesco Scavullo, a leading fashion photographer with a flair for portraiture. The agency believed that Scavullo could capture the sexual intensity of teenagers and the peer preasure they face.

The ads, which show attractive teenagers reciting such traditional come-ons as “Trust me, I won’t get you pregnant,” are accompanied by a telephone number for the city’s counseling and health services.

The results of public-service campaigns are difficult to verify. But research data shows the number of forest fires has been cut in half since Smoky Bear advertising began, and contributions to the United Negro College Fund campaign have increased from $11 million to $30 million since its ads first appeared. 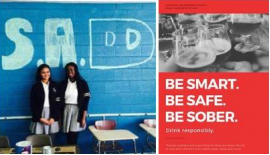 Campaigns in which the desired result is to change behavior as well as minds are tougher to quantify. One that did show results was a magazine ad sponsored by Utica Mutual Insurance Co. that included a “Students Against Drunken Driving Contract” for pupils and their parents. The magazine and Utica’s home office was bombarded with requests for copies of the document.

The number of organizations seeking to air their advertisements on the three major networks grew 40 percent in a six-year period. So stiff is the  competition that Kerry Crawford, associate research director at Ketchum Advertising in Pittsburgh, suggest that sponsors are beginning to recognize the need for strategic thinking and planning.

In the scramble to get a good word out, nonprofit organizations may soon have to peddle themselves the way Madison Avenue peddles laundry detergent.