Outdoor advertising is an effective way to market a brand, an issue or an organization. Studies show that on average, people spend about 20 hours per week in a vehicle and approximately travel more than 200 miles a week. The study also indicates about 71% of consumers have admitted to looking at the messages on roadside billboards. Further, about a quarter of them will actually take some type of action based on what they have seen.

Due to the amount of people being exposed to outdoor influences, outdoor ads should be a part of any well-conceived marketing plan. However, competition for share of mind is difficult with outdoor advertising, because you do not have a captive audience; almost everyone who sees outdoor is driving/riding in a car or walking to their destination, thus good graphic design is vital. Size and location also matter. As you develop your marketing plan, following are the different types of outdoor advertising you may want to consider: 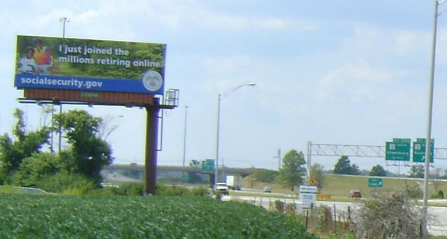 Static Bulletin
Given the amount of time we are spending in our cars commuting to and from our jobs, trips to the store, etc., this form of advertising is increasingly popular. However, the term “Bulletin” can be confusing, because it comes in several flavors.

The largest – the Static Bulletin – is the largest standard-sized billboard that delivers maximum exposure to vehicular traffic on expressways, highways and primary arteries. Typically 14 feet high and 48 feet wide, a bulletin provides 672 square feet of space, offering unparalleled visibility. They can also be created with three-dimensional designs, moving parts and extensions. 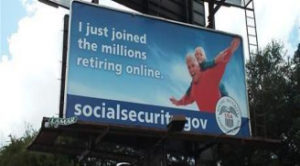 Static Posters/Jr. Poster
Poster billboards are smaller advertising structures located on primary and secondary traffic arteries. While there are various sizes, the most common are 24” x 36” and 27” x 39.” They are designed to be mass produced and posted in multiple locations to flood the market all at once.

Junior posters, formerly known as 8-sheet poster, measure 6′ x 12′ in overall size with a distinctive frame around the ad face. Located mainly in urban neighborhoods and on smaller roads where larger format Posters or Bulletins may not be found. 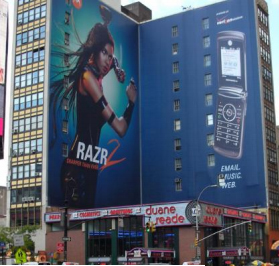 Wallscapes
Posted at landmark locations in major metropolitan cities, Wallscapes are elab orate ads that are either painted or attached directly to exterior building surfaces. They are custom-designed to accommodate a variety of unique shapes and sizes and often visible from a distance on commuter and major interstate highways.

Mobile
Increasingly, billboards are not in printed form, nor are they static. Graphics with ads can be seen on busses, trucks, or other mobile vehicles. 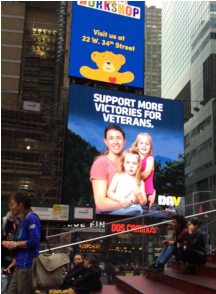 Mobile billboards are becoming more popular because they reach audiences in all the places people congregate. They range from painting messages on mass transit vehicles and cars, or trucks with signage on the back and sides.

Digital
Increasingly we are seeing digital outdoor displays in urban centers such as Times Square in New York City, which attracts up to 400,000 pedestrians daily. Some are static, some have a “crawler” message, and some flash or rotate different messages.

Mass Transit Advertising
As people escape urban centers for either a more relaxed lifestyle or less expensive housing, they are relying more on mass transit to get to work.

Whether they take a cab, subway or bus, they will be exposed to several different kinds of transit ads, ranging from exterior signage on their bus, to interior subway/bus posters. 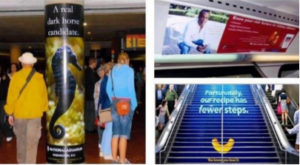 If traveling by subway, they may see posters wrapped on structural columns, on the floors of subway stops and posters inside the subway.

Taxi Cabs
In the old days cabs were a vehicle to get from here to there. Today, they are a rolling advertisement, from the posters on their roof, to video screens
inside the cab.

Yellow Cabs, the largest taxi cab company in South Florida, has mini video screens in the back seat of their cabs and free mini magazines on what is happening in the city which feature what else….more ads. 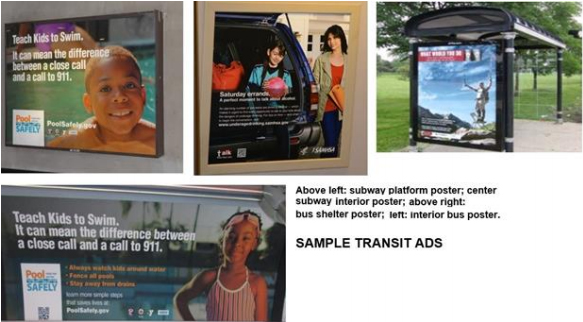 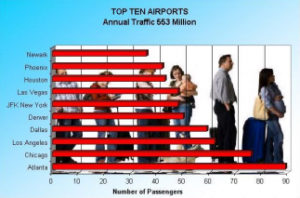 Airports/Airlines
Perhaps the area where outdoor has seen the greatest growth is at airports. The total number of visitors at the top 44 airports in the U.S. tops 765 million passengers and over a half a billion people pass through just the top 10 airports.

Before you get inside any airplane, you will see major posters throughout the airport, typically called “dioramas,” and again there are several types.

Typically they are placed in the areas of the airport where traffic is most intense, but we need to issue a word of caution. 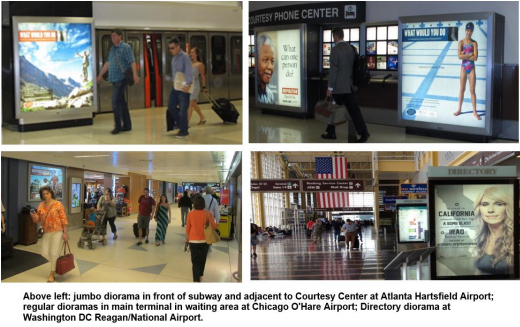 Increasingly the municipal authorities which control airports are getting involved in the placement of airport posters and the demand for exposure
exceeds supply, so there will most likely be some costs involved in placing PSAs.

The message placement opportunities at airports are numerous, before you get on the plane which include:

After you get on the plane, they include:

When you get off the plane and go to the baggage reception area, there will be dioramas and possibly videos reaching out to you. If you rent a car, you will see posters adjacent to the car rental counters. Like it or not, the messages are inescapable.

Interior Mall Posters
Mall displays come in a variety of different formats and sizes, ranging from overhead banners, to exterior signage. Mall banners are large format posters hung in the atrium of a mall offering commanding exposure to virtually every mall shopper. These posters are printed digitally using high resolution reproduction that vividly recreates each piece of creative. Banners are presented in the vertical “magazine” format so only one piece of artwork is required.

Interior mall posters, the most dominant mall media, are backlit and located at eye level at major decision points in the mall – usually associated with a directory unit.

Exterior Shopping Mall Posters/Lamp Post Banners
One of the newer forms of outdoor posters are those located in parking lots or affixed to the exterior of retail stores. These posters tend to be much smaller but offer considerable flexibility in where your message will be seen. Another popular place for posters in urban settings is on lamp posts which may be illuminated at night for additional exposure.

Bench Ads
Still another form of outdoor messages – typically found in larger urban areas – are ads on benches such as shown.

Sports Stadiums
One of our more unusual PSA assignments was for the Food Safety Inspection Service of the U.S. Department of Agriculture. They wanted us to reach students who were not cooking their food thoroughly and getting sick as a result. We placed USDA TV videos on Stadium Jumbotrons in Las Vegas and on Yankee Stadium in New York creating a total of 1.108 million Gross Impressions.

In conclusion, there are literally tens of thousands of outdoor opportunities to register your message – some paid and some are placed as PSAs – in the venues we have mentioned.

However, be advised that placement of these messages is very labor intensive, involving the company that produces the finished posters, calls to outdoor companies, airport municipalities, outdoor and transit companies which can take a lot of time and persistence. Then there is the evaluation phase wherein we capture the audiences we reached, getting photos and producing on-line evaluation reports so clients can see what they got for their money.

On the upside, for those who want to use outdoor to reach their audiences who are spending less time watching TV and on the move, outdoor may be your ideal medium.

If you are serious about using outdoor, be sure to read the outdoor articles at http://www1.psaresearch.com/category/outdoor/. You also view the presentation showing actual placements of many venues mentioned in this article at https://www.slideshare.net/dakotabill/outdoor-billboards-latest.

Bill Goodwill is the founder of Goodwill Communications, a firm which specializes in the placement of public service ad messages in all forms of media.