Outdoor, arguably the world’s oldest ad form, seems finally to have come of age. And that’s not entirely its own doing. Changes in the advertising business, like recency planning, media-mix and what’s happening to TV, have each contributed to outdoor’s new celebrity.

Let’s begin with recency. This new approach to planning media looks at how advertising helps consumers make buying decisions. It’s the sensible idea that consumer need – the empty cereal box, an expiring car lease, a bad hair day – causes the purchase. The advertising doesn’t. Most advertising sells by simply reminding those people who are already, ready to buy.

Recency suggests much of advertising works by just “being there” for people who are in the market, and that is embarrassingly close to being a commercial for outdoor. When the campaign is running the brand name is there all the time.

Media-mix is a big idea for more effective advertising. Just as that second beer never tastes as good, that second media dollar never buys as much response. 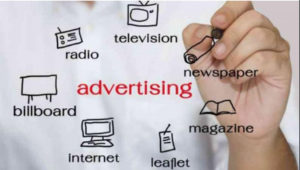 That’s why the idea of mixing media has always been attractive. It’s in the physics of a flattening sales response curve. Marketing-mix models
will often show a high return-on-investment for a low-budget medium, simply because spending fewer dollars puts it at a steeper point on the response curve.

The general rule is spend more money and the response-per-dollar goes down. Spend less money and it goes up. But, while sales-perdollar increases  total sales do not, so brands can’t under-spend their way to growth. Mixing media gives advertisers a way of beating the flattening response curve. That’s a strong argument for looking beyond TV and print to add other media, like outdoor.

Then there’s another old idea that’s being revisited. It’s called geo-targeting and it’s about how to make advertising more cost effective. All advertising has waste, which we try to eliminate by directing messages to those consumers who are most likely to buy the product.

Today, what we call “demographic targeting” is often not a very cost-effective strategy, because smart sellers simply charge more for the best demos. This makes targeting with geography an important option and puts a higher value on geotargetable media, again, like outdoor.

Most products and brands have distinct regional and local-market purchase patterns. It is common to find that a large group of local markets will index at or above 130 in per-capita brand purchases. This is true of soap, pharmaceuticals, telecommunications or automobiles.

Geo-targeting with outdoor is a fine complement to demo-targeting with TV or print. It reduces waste (you can buy the high index areas only) and the targeting effect is cumulative (a high-index demo in a high index market has the even higher combined probability of purchase).

The necessary geographic sales information is widely available to advertisers. It can be mapped to include site locations and can be developed into a strong geo-targeting database.

Today spot TV and spot cable are a $15 billion dollar business largely because they can geo-target. Outdoor has better local targeting abilities, but these abilities are underexploited by national advertisers.

Finally, outdoor and other media have become more attractive to advertisers because of the erosion of TV value. Economists talk about price elasticity, the point at which increases in seller price will move buyer dollars to cheaper alternatives. In TV the opposite has been happening for years.

As TV prices go up, money which might have gone to other media was used to fund the increases. Until now, the only important shifts of dollars have occurred within TV; from prime to cheaper dayparts, from broadcast to cable.

Advertisers realize the TV bubble cannot continue to grow. As audiences fragment, commercials are added to maintain revenues, which makes TV less viewer-friendly and less sales-effective. That’s why they are showing a keen interest in shifting some dollars to other media and outdoor is a prime candidate.

Agencies realize it too. Their need to consider more different media opportunities has led smart media agencies to re-invent themselves as “message managers.” Managing messages is that old friend “media mix” and it requires planners to be competent in all media, not just TV and magazines.

Outdoor is, hands-down, the most exciting medium around. Living billboards, shrinkwrapped buildings, brilliant creative. Any message manager worthy of the name needs to understand it.