Not Just a Worthy Cause

Not Just a Worthy Cause

Cause-related Marketing Delivers the Goods and the Good.

Today’s consumers are savvy and sophisticated. They want more bang for their buck. Amazingly enough, price, quality, service and availability aren’t always sufficient to push a discerning shopper over the edge into a purchase. In this decade, marketers are expected to don not only faces and personalities, but hearts as well. Consumers are increasingly having love affairs with companies that are socially responsible. These companies have discovered that cause-related marketing not only satisfies the consumer; but also solidifies corporate philosophy and makes the world a better place to live.

Cause-related marketing (CRM) is the joining together of a not-for-profit charity and a commercial company in an effort to raise funds and awareness for the cause while building the sales and awareness of the for-profit partner. It has become the technique of choice for corporations wishing to reach consumers with a message that is personal, distinctive and impact-producing.

Although the first recorded effort was undertaken by a New York City candy company in 1902, only in the last decade has this method of “selling with a conscience” exploded into the mainstream of society. In 1983, American Express coined the phrase “causerelated marketing” and pioneered the practice, raising over $1.7 million for the Statue of Liberty and Ellis Island Foundation for renovation and development.

Despite Am Ex’s unique success however, the practice was not widely accepted at first and received its fair share of knocks. Cynics chastised the strategy as gimmicky and transparent. But in the past few years, attitudes have changed. A recent benchmark national survey completed by Cone Communications and Roper Starch Worldwide divulged high ratings in favor of cause-related marketing.

Given a buying choice between two products of equivalent price and quality:

“Conducting business in a socially responsible manner is a ‘have to do’ now,” says Carol Cone, CEO of Cone Communications, known for its innovative use of causerelated strategies. “Our survey found that U.S. citizens believe corporations have a responsibility to solve social problems, along with government, churches and not-forprofits.” Consumers, she says, are recognizing that they have the power to catalyze responsible action by being selective with their purchasing power. 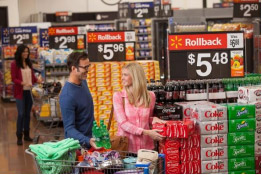 Making Sure The Shoe Fits
Advertisers can’t just pick any old cause, however, stresses Cone. It’s important for marketers to have some connection to the charity they are supporting.

The Avon Breast Cancer Awareness Crusade, for example, is not only a worthy venture, but also reflects Avon’s total commitment to women. “Avon is an example of a corporation that is ‘passion branding’ and developing an ethos around a specific cause, she says. 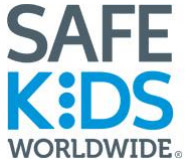 Another successful campaign proven to have multiple and long term benefits is AAF-member Johnson & Johnson’s National SAFE KIDS Campaign, a program of the Children’s National Medical Center in Washington, D.C. No w in its seventh year, the campaign raises funds and awareness for the prevention of unintentional injury – the number one cause of injury and death among children ages 14 and under. Each year, Johnson & Johnson gives a gift of $1,000,000 to the cause based on the value of coupons redeemed during the campaign.

The National SAFE KIDS campaign galvanizes a wealth of benefits for the advertiser, particularly in terms of sales and image-building, says Fred Patterson, corporate contributions consultant to Johnson & Johnson. “The Johnson & Johnson corporate family includes five consumer product companies,” he notes. “It is decentralized. This campaign allows our various companies to unite behind one common goal. Plus, the combination allows for more reach and awareness at the retail level.” 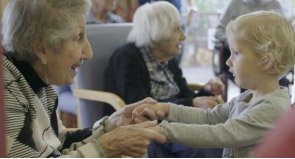 But the key ingredient to the sauce, says Patterson, lies in the fact that the campaign was designed to educate parents, grandparents, caregivers and public policy makers. Promoting the betterment of maternal, family and child health shows that the advertiser cares about its consumers. Johnson & Johnson has proven that combining business acumen with a little human compassion can produce significant results.

Following the campaign’s focus on bicycle safety, child helmet laws were passed first in New Jersey, with seven additional states following Suit. The three major trauma centers in New Jersey have seen a 60 percent drop in injuries due to bicycle accidents — and no deaths — since the law was enacted in 1992. “One third of all U.S. children are now protected by these laws,” notes Patterson. “This is a classic example of how corporate intervention can reduce medical costs. We are saving the lives of children, while helping Johnson & Johnson grow.”

Not Just For Heavy Hitters
It’s important to note that Fortune 500 membership is not a prerequisite for entrance into the realm of cause-related marketing. The newest, and decidedly largest, wave of CRM converts are now hailing from medium-sized businesses. And although middleweights may not have the budgets for national distribution, they are making a different kind of impact in local and regional markets. Saturday’s Family Hair Care Centers, a chain of hair salons in central Ohio, is a perfect example.

The company allocates a percentage of product sales and rallies customers to donate funds to send homeless children to summer camp. Camp Homeward Trails focuses on programs that build self-reliance and self-esteem, notes Robert Sheldon, president of Saturday’s. Plus, the kids get to enjoy the excitement and fun of camp — an experience every child should have, he says.

Another added benefit, he contends, speaking from experience, is that employees are inspired and motivated by the project. They like to know that their work is making ,a difference in the community.

To date, the Camp Homeward Trails campaign, which integrates a combination of print, radio and P-O-P display advertising, public relations, and an employee incentive program, has exceeded its original goal by 75 percent. Corporate sales have increased significantly, and the company’s public image has been strongly enhanced – most notably by two front page stories in The Columbus Dispatch. “Normally, the only way a business can get on the front page of the newspaper is by doing something terribly “wrong!” says Sheldon. “We did it by helping those children — something we are very proud of and something that feels terribly right.”

Kudos For Agencies
So what’s in the pie for agencies? They, too can find the work extremely gratifying, says AAF member Sandy Lloyd, co-president of Lloyd and Associates, the firm that manages the Camp Homeward Trails project. “Our job is to develop the campaign structure and then hire the professionals needed to make it work,” she explains, “but our success is in helping our client help these homeless children — and that’s a great job!” 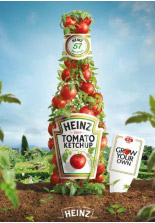 Agencies and marketing consultants have also found that cause related proposals impress. clients, says Cone, whose company recently worked hand-in-hand with AAF member Leo Burnett on Heinz’s Family Works campaign, a project which also raises funds for families in need. “As an in integrated marketing tool, [a cause-related strategy] can open the doors for greater creativity and client service,” she says.

Indeed, many client companies are finding such ventures worthwhile. Other AAF member bigwigs on the bandwagon include Bristol-Myers Squibb, Citibank, Georgia Pacific, MasterCard International, Philip Morris, and Procter and Gamble – just to name a few. So why consider cause-related marketing? It opens doors to increased sales, positive consumer acceptance, inspired employees, amicable partnerships and development of a better world – a quintessential win-win situation.