The charitably minded needn’t think only in terms of dropping some spare change in a cup for that deserving non-profit group.

Instead, think of pouring coffee into that cup, or maybe even a non-alcoholic malt beverage.

Non-profit organizations are showing more interest in pasting their names and symbols to what they deem appropriate products and their names to products making royalties off sales. Two notable recent examples are Arthritis Foundation Pain Reliever, marketed by McNeil Consumer Products Co., and VFW coffee, marketed by Tetley. And the time may be coming when you see the VFW associated with a product marketed by Adolph Coors Co.

Increasingly, groups dependent on donations for survival are licensing their names to corporations and taking a share of the royalties for their efforts. In some cases, the marketers, perceiving an opportunity, are approaching the non-profit groups.

“It is the prototype for future relationships between non-for-profit organizations and corporate America,” said Don Riggin, president-CEO for the Arthritis Foundation. “The trend is for organizations to develop strategic partnerships with companies rather than enter into short-term  elationships as in the past.”

“The challenges facing the $319 billion non-profit sector are extreme,” said Patty Oertel, executive director at the Center for Non-Profit Management in Los Angeles. “The gap between the human needs and the resources to meet those needs is great and increasing.” 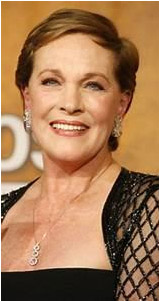 The Arthritis Foundation’s relationship with Johnson & Johnson’s McNeil unit to sell a pain reliever using the foundation’s name is the buzz among its charity brethren. Since the line was introduced it has helped the 500,000-member group attract more than 17,000 new members. McNeil guarantees more than $1 million in proceeds annually will be given to the foundation for arthritis research.

Each box contains a membership sheet, information about the group an d a toll-free number. Actress Julie Andrews is ad spokeswoman and  appears in TV commercials via Barrie Curtis Spies Creative Services, New York. “This is really the Arthritis Foundation in a box,” Mr. Riggin said. “Our programs and services were not at the point we wanted them to be. Not enough people with arthritis had a connection to the foundation. This product launch has caused people to become aware of us.”

At the Veterans of Foreign Wars, VFW premium coffee has been appearing on supermarket shelves, after Tetley approached the group with the idea. Tetley isn’t paying for shelf space and is essentially asking retailers to display in the spirit of a charitable donation.

“This was an opportunity to help raise awareness of the VFW during the 50th anniversary of the end of World War II,” said John Smyth, VP-grocery  sales at Tetley.

About $75,000 has been generated for the VFW. The group is already looking ahead to other possibilities, and one may come with Adolph Coors Co., which has been involved in veterans activities in the past. The group said it’s in negotiations with Coors regarding some kind of tie-in with the brewery’s non-alcoholic beer product, though it’s unlikely the beverage will be labeled “VFW Non-Alcoholic Beer,” said Robbie Fazen-Marchant, VFW assistant director of marketing.

“It will be sort of a promotion, not a brand name,” she said. “We are in very early discussions with them. We have had a good relationship with Coors in the past. They approached us about a tie-in with their non-alcoholic beer, and we are interested in what they have to say. Officials at Coors wouldn’t comment. Cutter is its non-alcoholic brand.

Larry Light, president of Acrature, a brand consultancy in Stanford, Conn., said the blending of not-for-profit and for-profit entities has occurred for years but that the two are becoming more innovative.

“The right combination is good for both sides,” he said. “Not-for-profits must make sure that the products they tie in with are of high quality. Anything less can destroy the name they build for themselves and their credibility.”

Ms. Oertel voiced a similar warning: “There are risks associated with it in terms of giving up some control of the name and what the general public will perceive of them granting use of the name.”

“It has not been tested with research,” she said. “I think the board of directors and management should take into consideration that maximizing on short-term economics might be a detriment to the organization in the long term.”

But the Arthritis Foundation’s Mr. Riggin said that since the pain reliever line was introduced, his phone has been ringing off the hook with curious charities. “The not-forprofits who will thrive in the future are the ones who are innovative and take risks,” he said, “and corporate America is waiting to help.”