How To Make Your PSAs Stand Out In The Crowd

How To Make Your PSAs Stand Out In The Crowd

Getting a PSA on the air is unquestionably competitive, largely due to the fact that there is a limited time or space available, and many non-profits competing for it. The most important element, of course, is having a cause that strikes a chord with the TV station’s public affairs director. But there is another important factor: the creativity of your content.

“In the same way that advertising agencies rack their brains, you have to do that for a PSA – there is no difference,” says Steve Gold, president of New York production house, Target Video News.

The hodgepodge of creative decisions you need to make include whether to take a flashy or simple approach, to be straightforward, use humor or scare tactics, to employ celebrities or mascots, or to tell a story through vignettes. 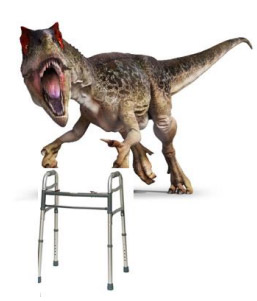 But whatever you do, you can’t be boring. “A relevant issue presented in a prosaic fashion doesn’t have a shot,” says Priscilla Natkins, senior vice president at the New York-based Advertising Council.

On the other hand, a seemingly prosaic issue presented in a dynamic fashion can definitely score airtime. One example: U.S. Savings Bonds. Few topics seem drier than that. But a TV PSA for the Bonds campaign featuring a cranky, walker-dependent old dinosaur, complaining that he would have had a better retirement lifestyle if he had invested in bonds, got both laughter and airtime, says Bill Goodwill of Burke, VA-based Goodwill Communications, which specializes in PSA distribution. “Using that crazy, zany approach worked well.”

Telling a story by using vivid, unexpected images can help make a potentially dry topic sparkle, Natkins says. A good example of this is a recent Ad Council spot promoting the Library of Congress’ new child oriented Web site. The spot has a humorous twist – children play with various historical figures. The spot’s tagline: “There’s a better way to have fun with history. Log on Play around. Learn something.”

On the question of whether to go flashy or simple, the consensus seems to be for the latter. Simple, clear and dramatic often has a much longer  reach than fancy, experts say. News Broadcast Network did such a spot for the Salvation Army in December. “It was pretty simple – a red kettle and some narration, and it had 5,000 broadcasts and an audience of 60 million,” says News Broadcast president Mike Hill.

In effect, the PSA leveraged the Salvation Army’s brand identity to make its simple sell. That kind of credibility is going to make a difference,” Hill says.

Scare tactics should be used with caution. An anti-skin PSA where the spokesperson removed a prosthetic nose and let viewers see a very grim reality had a tough time making it onto the airwaves says Goodwill. On the other hand, a domestic violence PSA that featured a voice-over narration and a camera moving through a home devastated in the course of an argument won wide acceptance.

Taking the opposite approach and having a normally feared organization do humorous spots can be effective. The Internal Revenue Service, certainly one of the more anxietygenerating entities., has used humor for years, most recently in a series of spots that featured “The Bank of Kids” with children playing adult roles.

Using a celebrity might seem an obvious way to gain instant credibility, but experts say that stars come with risks. A celebrity should have some connection to the cause. In a survey of television public affairs directors, only 2% said a celebrity was a factor in deciding whether to air the spot – and many said that they were more interested in “creative/clever/humorous executions.”

That doesn’t mean celebrities don’t work. Even controversial ones score airtime – so long as the spots they do are focused away from the controversy they generate. A spot featuring Hilary Clinton talking about mammography for Medicare patients gained considerable airtime because of the relevance of the issue it discussed and its nonpolitical content.

Using the wrong celebrity can significantly reduce a spot’s potential audience, Goodwill warns. “If you choose somebody associated with a network show – ABC for example – the other networks will not use your PSA so you lose two-thirds of your potential exposure.” On the other hand, gaining a lot of airtime on a single network might make the loss worthwhile.

Celebrities must also be used creatively. Talking heads may be off-putting which is why a PSA dealing with social anxiety disorder had Donny  Osmond walking around a studio set instead of simply sitting and speaking.

Closely connected to the question of using celebrities is using mascots, such as Smokey the Bear and crash test dummies Vince and Larry. This
approach seems to be popular but runs into the danger of having the character overtake the issue. It takes a lot of impressions for the mascot to become attached to the cause in viewers’ minds, says Goodwill.

Though every PSA is different, good ones do seem to share one basic quality, says Chuck Husak, principal and creative director at Bethesda, MD-based August, Lang & Husak. They wake people up, he says.

“The best public service message shines a new, relevant and vital light on an issue that most people already know is there.” That goes whether it’s holiday giving or government taking.