Health PSAs: What Does the Future Hold?

Home/Miscellaneous/Health PSAs: What Does the Future Hold?
Previous Next

Health PSAs: What Does the Future Hold?

Roundtable Discussion on the Role and Efficacy of PSAs

Increasingly PSAs are being used to educate the public about a wide variety of health issues, ranging from AIDS to smoking. To discuss the role and future of health-related public service advertising messages, forty-one health communications practitioners from the federal government and private sector met on the campus of the National Institutes of Health.

Following is a summary of the one-day meeting at which attendees discussed the current PSA environment, new proposals for paid airtime and a look at future options for health communicators.

PSA Environment
Because of increased influx of PSAs and market forces combined with fewer federal regulations ruling broadcasters’ programming decisions, PSA time is declining. However, studies differ in their findings on the amount of air time available.

In the 1970s, the Federal Communications Commission began abolishing the regulations aimed at providing an adequate amount of public interest programming. The Commission now requires only a “general obligation” that broadcasters address issues of concern to their communities.

Even though there are fewer PSAs running on each station, there are a greater number of stations on which to get airtime largely due to the fact that when the nation converted to digital broadcasting each TV station got six sub-channels, many of which use PSAs.

Impediments to PSA Usage
One impediment to PSA usage is a disconnect between the level of importance placed on a health problem by society and the media. A statewide survey of media gatekeepers in Texas showed there was little correlation between what the gatekeeper considered to be an important health problem and the actual magnitude of the health problem. We can’t assume the media places the same priorities on health messages that we do, so we need to educate on the true scope of any particular health problem.

Various studies have been conducted to survey the media on why they do not use PSAs as shown in the graph.

In another survey a majority of respondents said the quality of the materials in the appropriate format is very important, but the most important factor in determining whether a campaign is aired is the credibility of the source.

How is the Campaign Measured?
When the public and private sectors join together to launch a public education campaign, they have the option of buying broadcast airtime. That permits quantitatively measuring success through product sales, or other feedback. Since most government agencies are precluded from buying airtime, indicators of PSA effectiveness is a greater challenge.

Most public health service agencies track Nielsen data, bounceback cards and response to call-ins or write-ins. However, many stations do not take the time to return bounce back cards. Most public health agencies supplement these sources with other indicators of PSA usage, such as public requests for information mentioned in PSA materials and website visits.

Few campaigns have been examined to determine effectiveness over time, with most evaluations focusing upon a specific PSA.

What Factors Contribute to Greater PSA Use?
Participants who had successfully launched PSA campaigns shared their experiences and specific tips on getting the attention of public service directors. Their findings included: 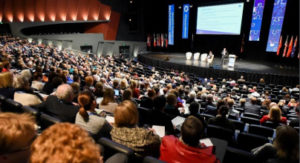